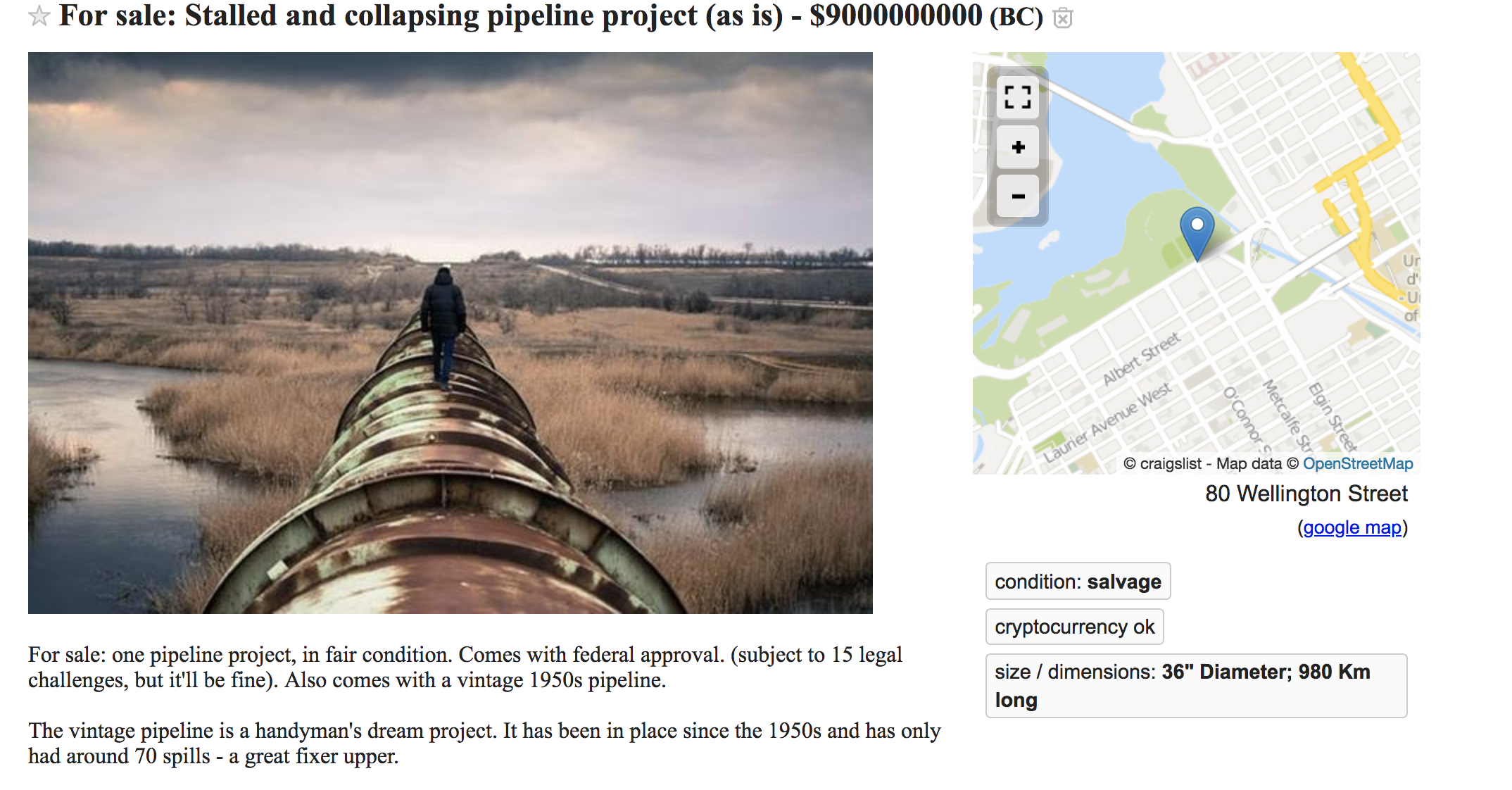 The Kinder Morgan pipeline is up for sale on Craigslist, and it can be yours for just $9 billion.

But before you get excited about owning your very own pipeline, the ad for the “stalled and collapsing pipeline project” is clearly a joke.

But the post does throw some obvious shade at the current political climate surrounding the project, formally known as the Trans Mountain Pipeline, which has caused a load of controversy between BC, Alberta and the federal government.

“For sale: one pipeline project, in fair condition. Comes with federal approval. (subject to 15 legal challenges, but it’ll be fine). Also comes with a vintage 1950s pipeline,” reads the ad. 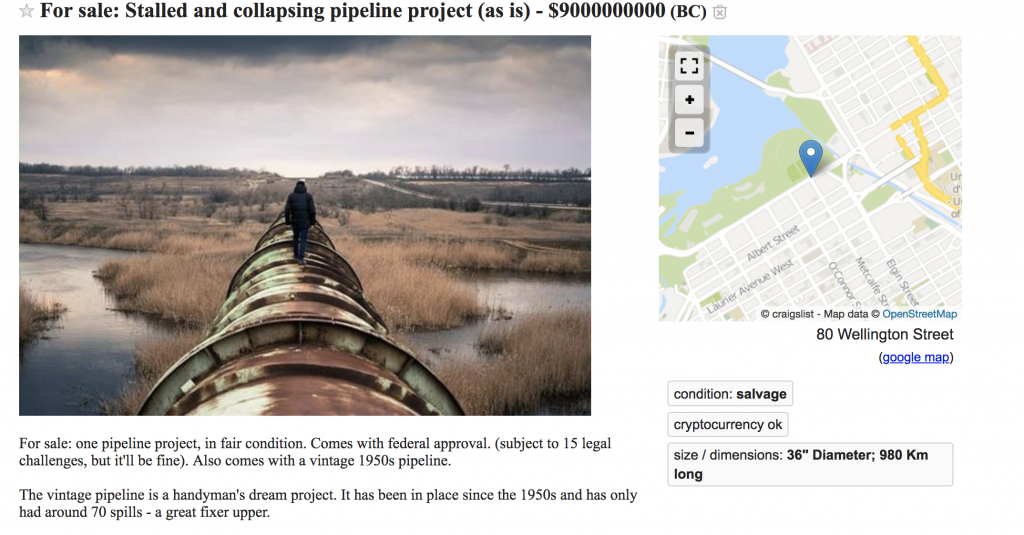 “The vintage pipeline is a handyman’s dream project. It has been in place since the 1950s and has only had around 70 spills – a great fixer upper.”

If you’re interested in purchasing the pipeline, the ad says to contact some guy named ‘Justin’ (Hint: his last name is probably Trudeau).

It’s unclear who was behind the ad’s posting, but it was tweeted out by an organization called Coast Protectors.

According to the group’s Twitter description, it is doing “whatever it takes” to stop the Kinder Morgan pipeline project.