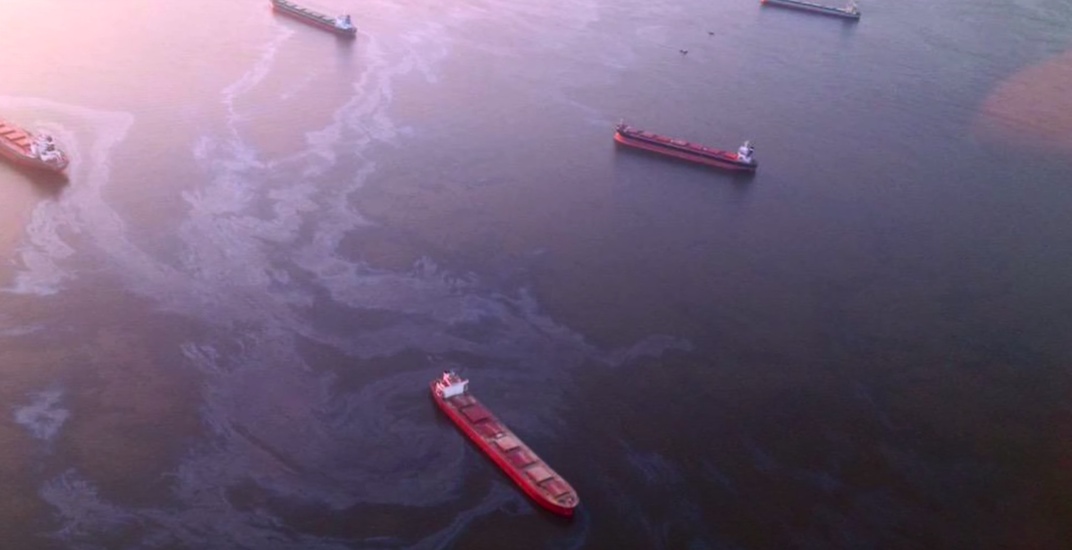 Three years after the MV Marathassa spilled 2,700 litres of heavy bunker fuel into the waters of English Bay, the City of Vancouver says it is still seeking to recover about $550,000 spent on subsequent clean-up costs.

The municipal filed a claim to the federal government’s Ship Source Oil Pollution Fund (SSOPF), which reimburses individuals, companies, and municipal and provincial governments for loss, damage, or incurred costs from an oil spill.

The city says so far, the federal government is disputing the expenses and has only been willing to cover 27% of the costs of the fuel spill clean-up. According to the municipal government, the expenses relate to salaries of staff for the time spent to deal with the spill, equipment costs, amounts paid to third parties, and lost revenue.

Efforts to recover the costs directly from the owners of the grain-carrying cargo vessel have been successful, and last month the city filed a suit in federal court against Greek-based Alassia NewShips Management Inc. However, the shipping company claims it does not own the vessel.

“Our system right now does not work,” Mayor Gregor Robertson told media on Sunday. “It does not actually go after the shipowners to get the full compensation of the costs.”

The federal government says its SSOPF is meant to be a “Fund of Last Resort” when “all reasonable steps have been taken to recover compensation from the shipowner and those steps have been unsuccessful.”

In 2017, the maximum compensation from the SOPF per incident was about $172 million, and a total payout of $5 million for all incidents within Canadian jurisdiction was recorded for that fiscal year.

A subsequent review of the 2015 incident found that miscommunication and an unclear division of responsibilities greatly contributed to the slow response time, which allowed the fuel to spread quickly and reach the shoreline.

Of course, the municipal government has been particularly concerned about the Kinder Morgan pipeline replacement and expansion project, which will triple the capacity of the existing pipeline and increase Vancouver harbour’s oil tanker traffic from five to 34 per month.