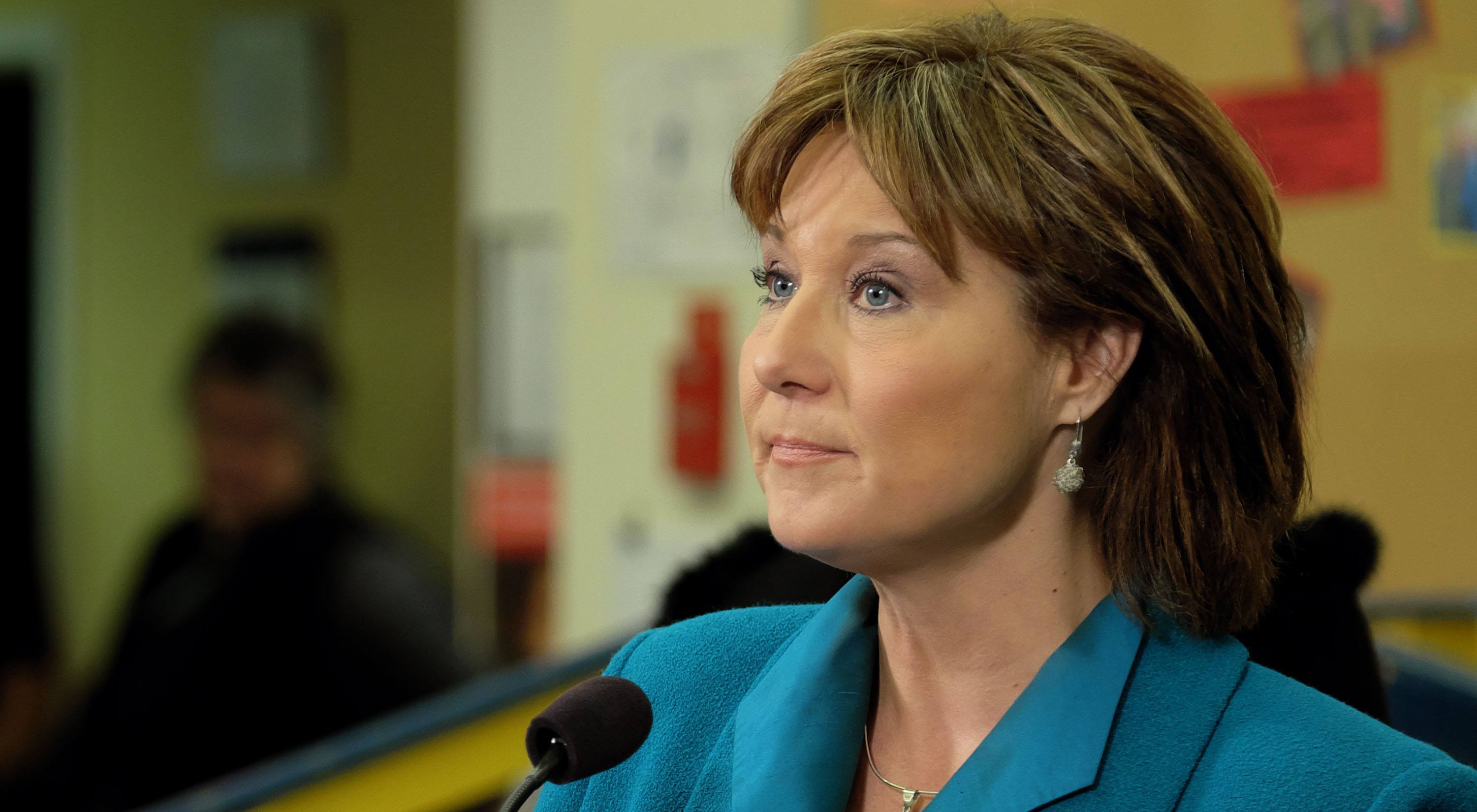 Speaking to reporters a day after the approval was announced, Clark said she was not taken by surprise by his decision – or the 157 conditions which must still be met.

The pipeline expansion will create construction jobs – real jobs for a lot of people – and will lead to benefits in the long-term, she said.

Clark said she hopes that once construction of the expansion project is done, those construction workers will move on to other jobs in LNG or the pipeline.

Only hours after Trudeau’s announcement approving the project on Tuesday, hundreds of protestors gathered in Vancouver for an “emergency” rally against it.

And Vancouver Mayor Gregor Robertson has also come out fighting, saying he was profoundly disappointed with Trudeau’s decision.

BC focusing on 5 conditions

Despite the federal government’s approval of the controversial project, the province is sticking by its demand that the pipeline project meet five conditions before commencing:

“We want to make sure we get a fair benefit,” Clark told reporters on Wednesday. “My job is to make sure [the decision] meets the five conditions.”