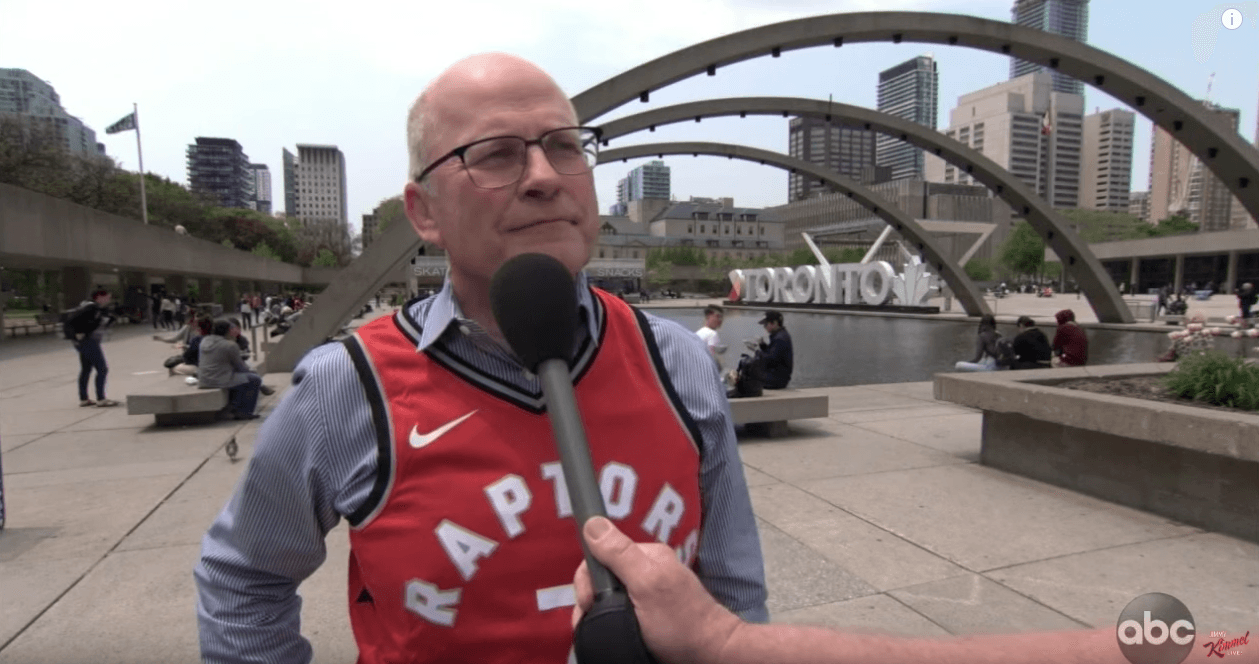 In the first 2019 NBA Finals game in Oakland, the Toronto Raptors dominated the Golden State Warriors on their home court.

And while we currently have bragging rights in the north for being up 2-1 in the series, Canadians just can’t trash talk the Warriors.

Jimmy Kimmel Live filmed “Can Canadians Trash Talk?” in Toronto recently to test out the best trash talk “We The North” can offer.

Apparently, not a lot.

“I would not do that against anybody, Canadians don’t do that,” said one Raps fan in Nathan Phillips Square.

“We are polite, we are Canadians,” said another.

Someone even questioned why we would do such horrendous things.

“Why would I trash talk them? They haven’t done nothing wrong to me? or my team?” said the fan in a factual manner.

“The Canadian fans are so nice that even when they’re harassing us, they do it in a very polite manner,” he told the media after their Game 1 loss to the Raps.

It’s no wonder the ladies in Kimmel’s video basically whisper “Go to hell” before taking it back.

And when it comes down to it, we’ll apparently be there for our neighbours to the south.

“We’ll console them when they lose,” said one polite Torontonian.

Or like we did in Oakland after Game 3, we may just sing the Canadian national anthem.

Watch the hilarious video below: