It’s enough to break your heart. Archive video of the second orca ever to have been placed in captivity has surfaced – and we wish it ended better.

The video, published by YouTube user BC History, comes from a 1987 TV series about Moby Doll, a killer whale captured by Vancouver Aquarium in 1964.

The huge whale was caught near East Point near Saturna Island in BC, and was supposed to be killed to serve as a model for a life-sized sculpture.

But after being harpooned and shot, he didn’t die, so the Aquarium decided to tow the orca back to Vancouver and put him on display.

He did not eat for the first 55 days in captivity, as staff didn’t know what to feed him. Eventually he started eating fish filled with vitamin pills.

Despite struggling to settle in, Moby Doll did become an international attraction, proving for the first time that killer whales were not, in fact, killers.

Sadly, Moby Doll died after only 88 days in captivity. However, he was not the first killer whale to be captured and die in captivity.

The first orca in captivity was Wanda, captured in 1961 in Newport Harbour, California after a day-long chase by the Marineland aquarium trying to entrap the lone whale.

Two days later however, Wanda began violently striking her body against the walls of her tank. Finally, she killed herself, swimming headfirst into a flume way. 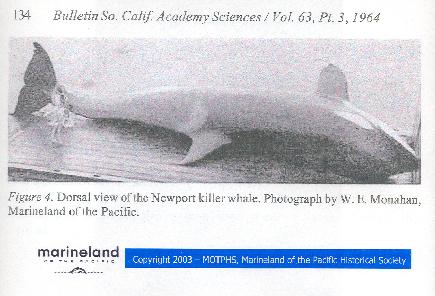 Wanda, the first orca ever in captivity (Marineland of the Pacific Historical Society)

Meanwhile, Vancouver Aquarium became the first aquarium in the world to stop capturing orcas for captivity in 1996.

And our Southern Resident orca community in the Pacific Northwest is flourishing. Finally.