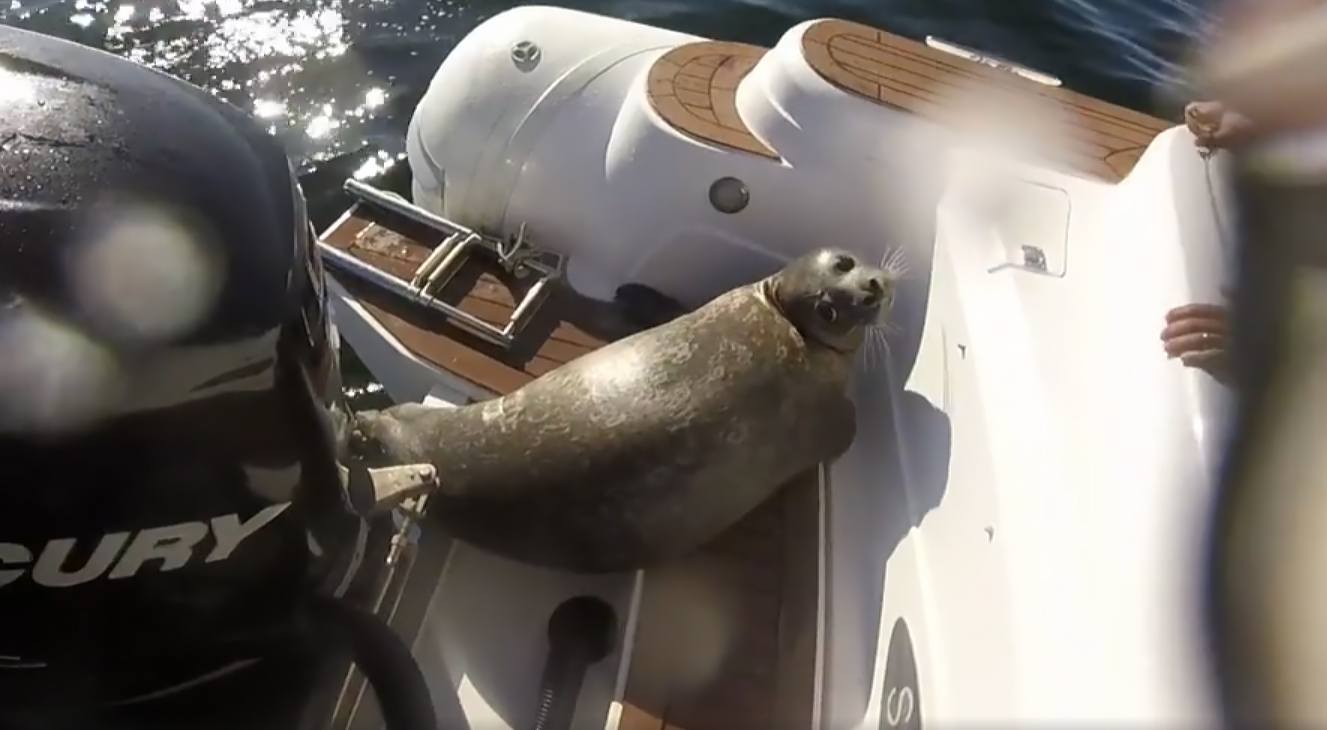 A group of whale watchers had their minds blown off the Sunshine Coast on Monday, when a plucky harbour seal being hunted by orcas clambered aboard their boat.

The great escape has gone viral in a video posted on Facebook by Nick Templeman, owner and operator of Campbell River Whale & Bear Excursions.

“When he saw the boat for the first time it was priceless…..he just started flying,” writes Templeman, who filmed the seal climbing aboard as orcas circled menacingly below.

Templeman says he had gone out on the water with some friends on their 30-foot boat and headed to Atriveda Reef, north of Sliammon, following a pod of 12 transient orcas.

The whales were going extremely fast for about half an hour, says Templeton, until suddenly they stopped, apparently to attack two harbour seals.

The orcas pounced on one of the seals, says Templeton, who watched the whales pull apart the poor animal for 40 minutes.

Meanwhile, the other seal swam for his life, and in a quick thinking moment, made it onto the boat.

The amazing underwater footage shot by Templeton shows the orca pod circling in hunting formation, as the seal tries not to slide off the boat to certain death.

Templeton says the seal ended up in the water three times over the next half an hour, but each time managed to escape back onto the boat.

“At one point he fell in, and it was madness… him jumping out again and me jumping out of the way as I was trying to film it all,” writes Templeman.

Although Templeman doesn’t give details, he does reassure commenters that the seal survived its ordeal.

With those survival skills, hopefully that smart little seal will be around for some time to come!