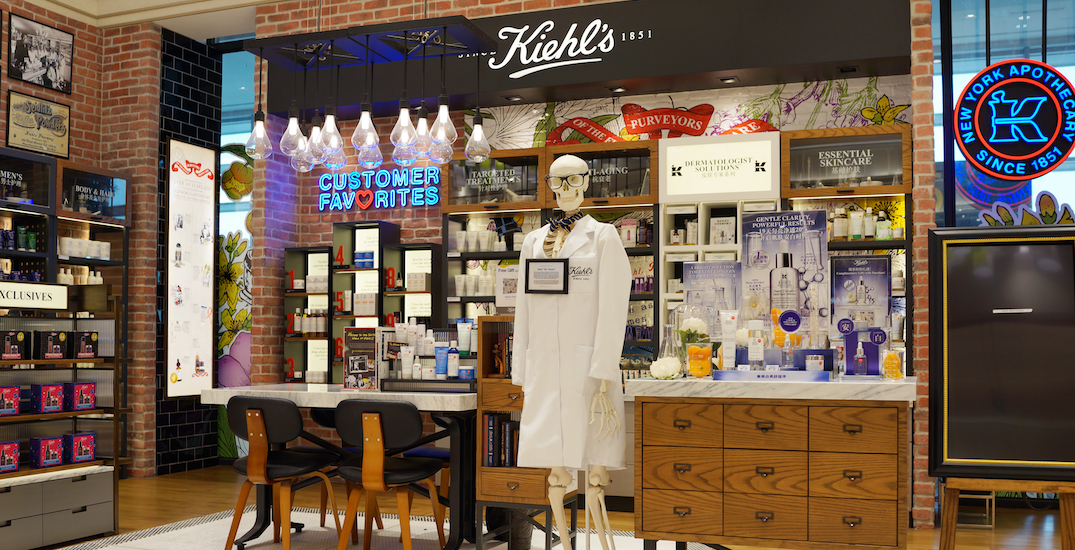 Recognized skincare brand Kiehl’s will be closing several of its storefronts across the country as the company plans to prioritize its online store.

In an email to Daily Hive, Kiehl’s representatives confirmed the closure of eight out of 24 “freestanding stores” located in the GTA/London, Montreal, Laval, Coquitlam/GVA, and Edmonton.

“The shift in the retail industry and consumer behaviour has led L’Oréal Canada’s Kiehl’s Since 1851 brand to re‐focus its distribution strategy, prioritizing e‐commerce through its online platform kiehls.ca and strengthening its existing retail footprint while growing its partnerships with retailers such as Sephora, Hudson’s Bay, Nordstrom, Holt Renfrew, and Saks 5th Avenue,” said the Kiehl’s representative.”

They will, however, continue to operate the other 16 stores located across Canada.

Kiehl’s has been in the skincare business for decades since opening their flagship location at the corner of 13th Street and Third Avenue in New York City in 1851.

They are known for being one of the first companies to list ingredients on their products before it was mandated.

The L’Oréal Canada brand joins a list of other notable companies closing their doors this year, including NYX Canada just a few months ago.