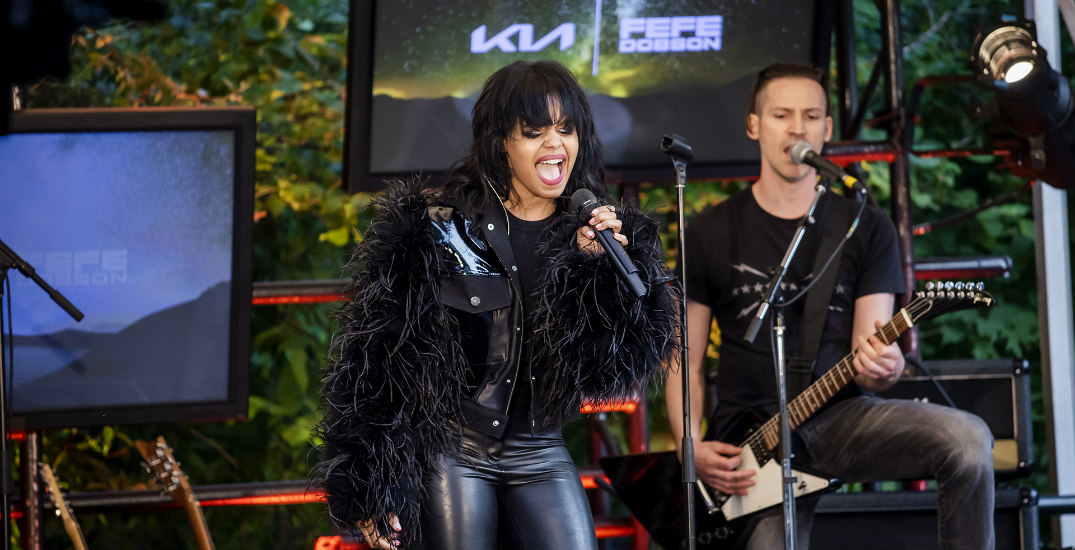 After what feels like a lifetime without the electric energy that comes from live music, concerts are gradually returning to cities across Canada.

Dobson, who rose to fame in the early 2000s after sending her homemade demos out to major labels (and subsequently landing a deal with The Island Def Jam Music Group), is currently gearing up for a major return to music, with her new, adrenaline-rich single providing the soundtrack to summer 2021.

Nearly 1,000 guests tuned in virtually to enjoy Dobson’s electrifying concert and were treated to quite the unexpected display — a never-before-seen performance — featuring the all-new Kia EV6. 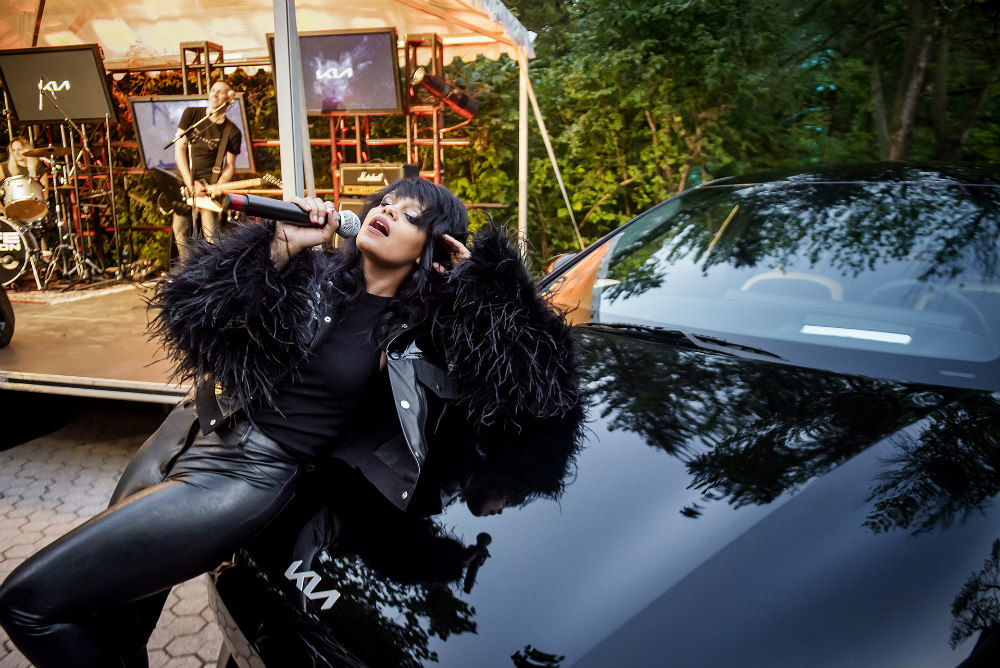 As fans watched on virtually from the comfort of home, they saw Dobson’s guitarist, Ryan Chalmers, plug into Kia’s first dedicated battery vehicle to power his electric guitar. While Dobson wowed the crowd with her new single in addition to some classic chart-toppers, the EV6 — the fourth band member — used less than 1% of battery (one capable of up to 480 kilometres of all-electric range) to supercharge the performance.

The concert coincided with Kia’s transition to a new phase of business; the evolution of a fresh identity for the brand. It represents a new dawn and is a key element in communicating the brand’s Plan S strategy, which stands for Shift, and signifies Kia’s commitment to a sustainable future.

So, it makes perfect sense that Kia chose the Kortright Centre for Conservation as the venue for its Electric Sound event. The educational institution places a massive focus on land protection and sustainability — which marries well with Kia’s strategy — and also embodies the brand’s Opposites United design philosophy, centred on the dichotomies of nature and humanity, urban and rural landscapes.

In its new era of business, Kia is exploring products and services to improve the daily lives of its customers, expanding into emerging areas and creating innovative mobility products. The brand has also removed ‘Motors’ from its name as it moves away from the traditional manufacturing-driven business model.

Kia’s new slogan, ‘Movement that inspires,’ reinforces how movement is at the core of human development, helping people visit new places, meet new people, and have new experiences. And everything the brand sets out to do now, from its new design philosophy to its sustainable mobility solutions, is done to inspire drivers. 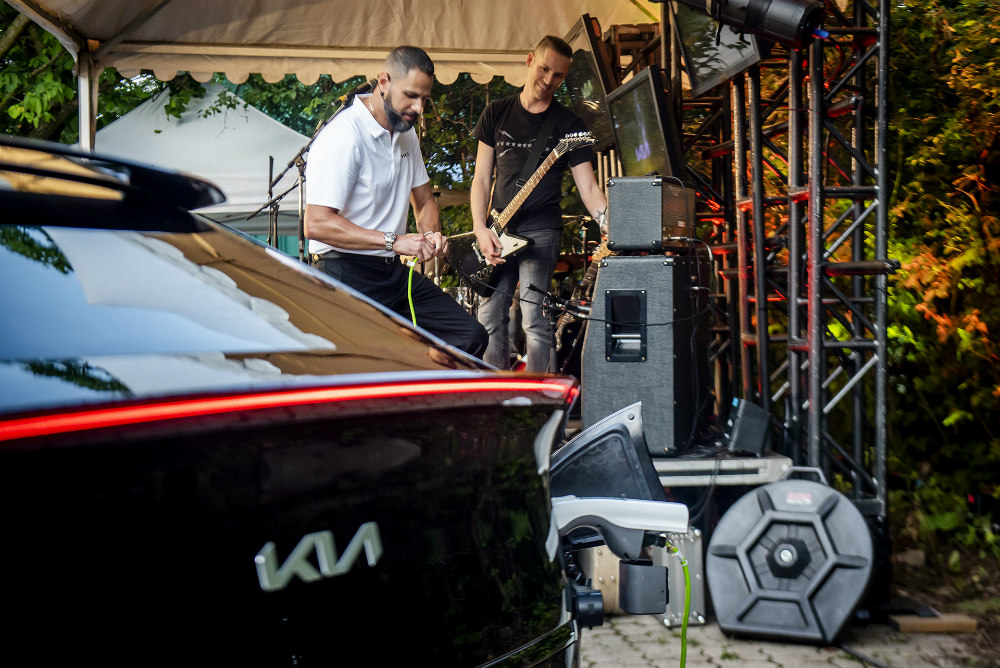 Although the federal government recently announced it would be banning the sale of new gasoline-powered cars in 2035 instead of 2040, this decision is not expected to impact Kia Canada. The brand’s Plan S strategy, which was originally announced in 2020, has already been in motion for some time.

Also on a global scale, Kia is looking at transportation methods that are better for the environment, like purpose-built vehicles (PBVs) for businesses and more sustainable production methods. 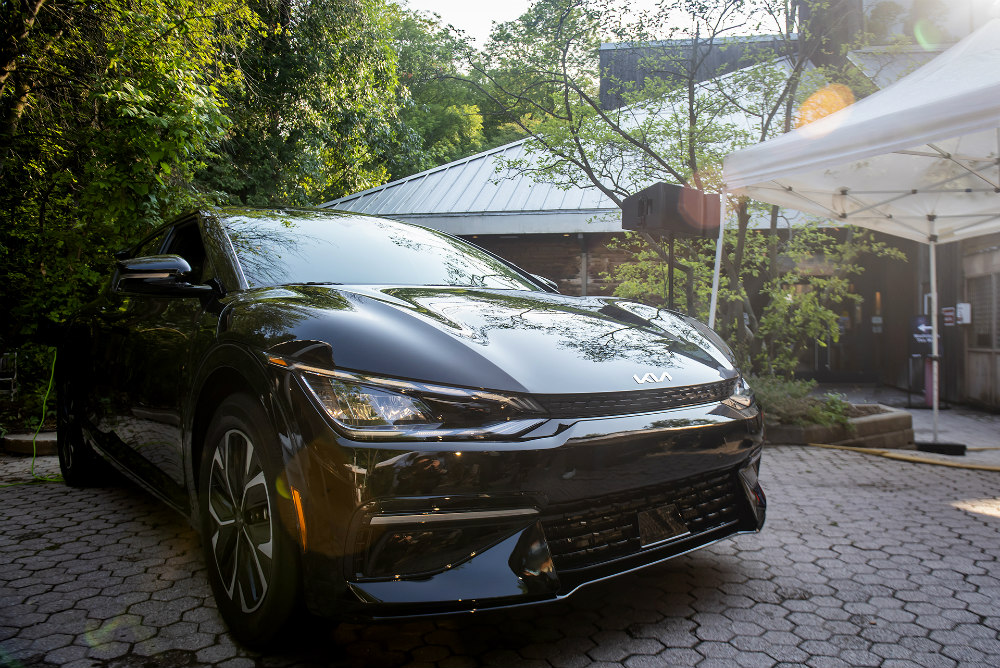 Here in Canada, Kia is set to contribute to its Plan S strategy, with the launch of seven all-new plug-in hybrid or dedicated electric models by 2025. Early in 2022, the ultra-fast-charging EV6 will be available in Canada, with full pricing and spec details to be announced later this year. You can learn more by visiting kia.ca/ev6.