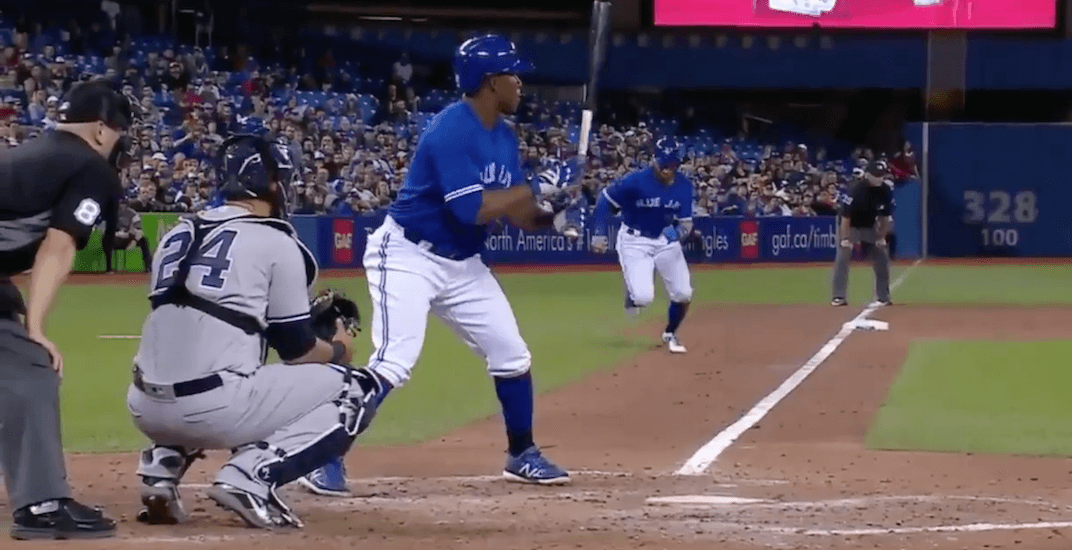 You snooze, you lose.

The Blue Jays’ centre fielder stole second base and third base with ease, but surely he wouldn’t be crazy enough to steal home too, would he?

With two outs on a 2-2 count and runners on second and third, Pillar stole home in the eighth inning to increase the Jays’ lead to 5-3. It was an important run, helping the Blue Jays to their first win of the season after dropping the opening two games to the Yankees on Thursday and Friday.

Kevin Pillar is the first player in #BlueJays history to steal 3 bases in an inning.

It was historic thievery, as Pillar became the first Blue Jays player to steal three bases in one inning.