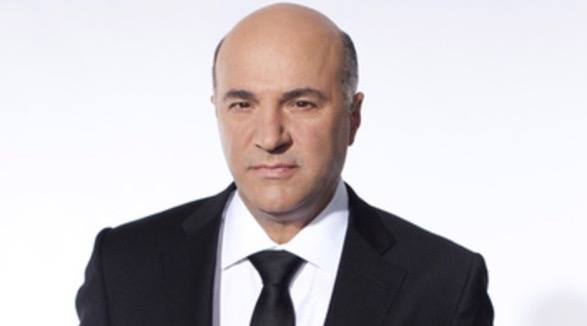 Earlier this morning, Kevin O’Leary officially announced that he’s going to run for leadership of the Conservative Party of Canada.

Following a round of appearances on national television and radio, O’Leary then returned to his office to post another Facebook live video. In the five-minute post, it’s clear that O’Leary already has his eyes firmly set on winning the leadership of the party and taking on Trudeau. He doesn’t once mention a single one of the 13 other political opponents he’ll face in the race for Conservative leadership.

It appears that as far as O’Leary is concerned, it’s already just Kevin v Justin.

It’s O’Leary’s take on the events in the US, however, that could either inspire you or worry you depending on your political outlook. Here is how he addressed the on-set of President Trump:

In a remarkable twist of fate, all of a sudden our largest trading partner, the United States, got a new President with a new direction. That’s Donald Trump, he’ll be inaugurated in just a matter of hours. And he’s told us that he wants to take America in a brand new direction…it means that we have to pivot, we have to be competitive. While he’s lowering taxes, we’re raising them. While he’s eliminating carbon taxation, we’re making it even more expensive to operate a business here.

The use of ellipses in the above quotation is due to sound of a siren coming on in the background. O’Leary, a deft improvisor thanks to years on reality TV, quickly acts as though the siren is intentional, ad-libbing, “Yes, it’s a declaration of warning, there’s no question.”

It isn’t until the siren continues to sound that it becomes clear its coming from outside O’Leary’s office. But this kind of agility on live video is exactly what will help O’Leary in any televised events moving forward.

What else is important to note is that O’Leary’s sense of ‘pivoting’ moves immediately into taxes, including carbon taxation, and aligning with what Trump’s government is setting out to do. It also, of course, includes attacking Trudeau: “Trudeau doesn’t know what he’s doing, that’s becoming very clear. He didn’t understand his mandate.”

O’Leary’s main focus however, remains the economy, for which he sets out a firm declaration that GDP growth in Canada must be at 3% annually.

So far, the video has been watched more than 140,000 times. You can watch it in full below.