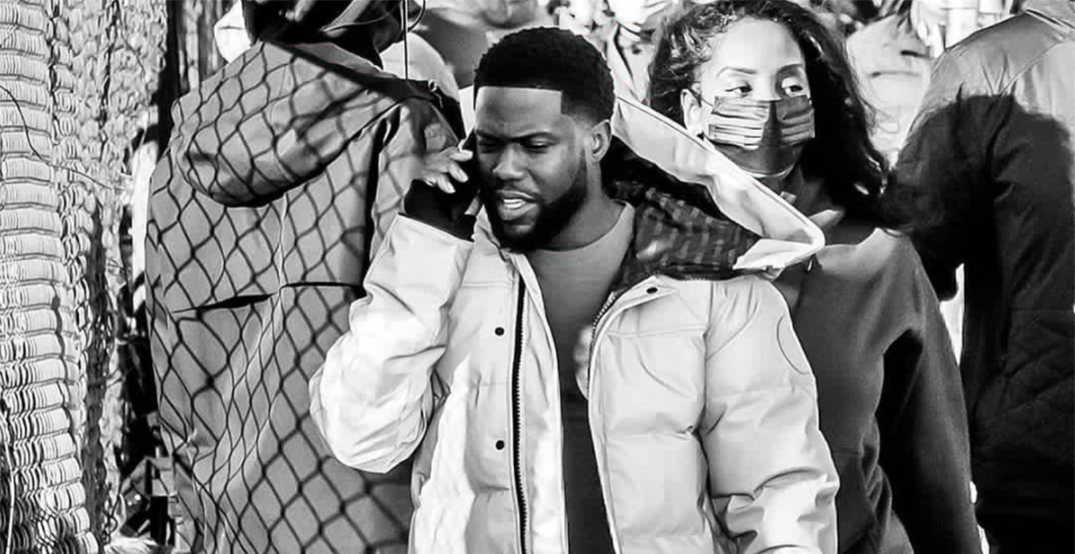 Comedian, actor, and producer Kevin Hart is in Toronto filming a movie, and he’s caught on to something all Torontonians know about the city: it can get really cold.

The star took to Instagram to complain about the November temperatures, giving a shoutout to the designer behind his winter coat.

Temperatures in Toronto have hovered just below freezing this week, which is mild compared to the polar vortex weather that sometimes hits mid-winter.

Hart is in Toronto to film his new movie, Man from Toronto.

According to IMDB, the movie tells the story of the world’s deadliest assassin (Woody Harrelson), known as “The Man from Toronto,” and a man named Teddy (Hart) dubbed “New York’s biggest screw-up,” being mistaken for each other at an Airbnb rental. Hilarity ensues.