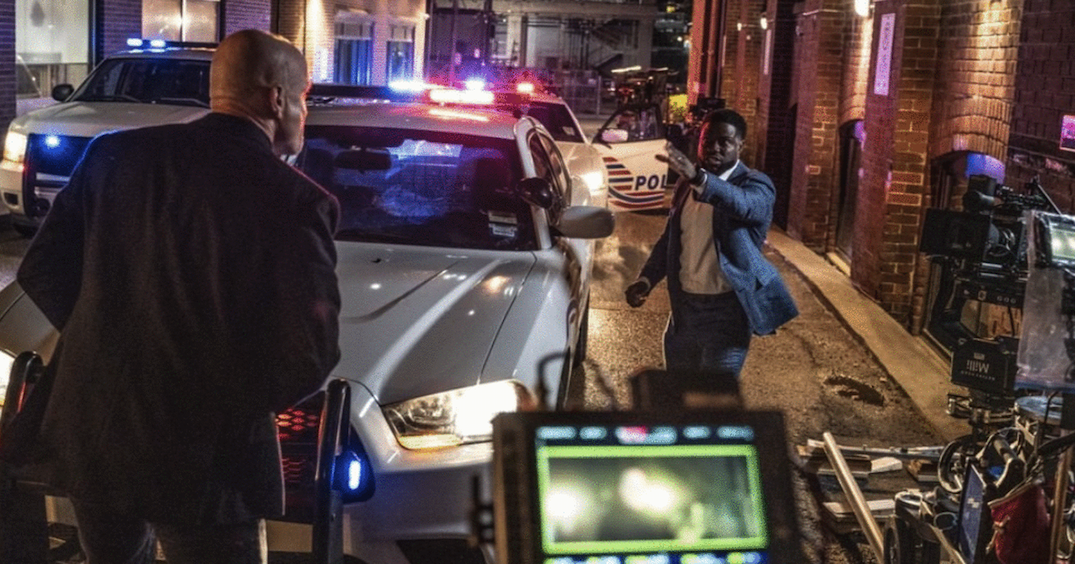 Your subway commute might look a little different if you’re passing the Brampton GO station.

First of all your stop might say Yorktown, and second of all, you might see Kevin Hart.

The famous comedian is currently shooting for the movie, “Man from Toronto.”

“Filming is happening yesterday and today. It began at 7am Monday and ends at 5pm today,” Anne Marie Aikins, Metrolinx’s senior media manager, told Daily Hive in a written statement.

“Metrolinx staff was onsite all day yesterday handling any questions from curious or confused riders. They are also onsite all day today along with transit safety officers.”

She added that the the station is remaining open for use.

And the signage saying ‘Yorktown’ over the GO stations signs will come down tonight after filming is complete.

Hart posted a video to his Instagram of him at the station, holding a cupcake thanking his followers as he reached 100 million on the platform.

100 million followers on IG!!!! All organic….I love and appreciate you all. Your love and support means the world to me!!!! #ComedicRockStarShit #LiveLoveLaugh

The new movie from director Patrick Hughes, the man behind The Hitman’s Bodyguard and The Expendables 3, was originally set to be shot in the US, but production was moved to the film’s namesake city due to the ongoing pandemic.

According to IMDB, the movie tells the story of the world’s deadliest assassin (Woody Harrelson), known as “The Man from Toronto,” and a man named Teddy (Hart) dubbed “New York’s biggest screw-up,” being mistaken for each other at an Airbnb rental. Hilarity ensues.

So who knows, maybe you may run into the actor on the streets of Toronto.