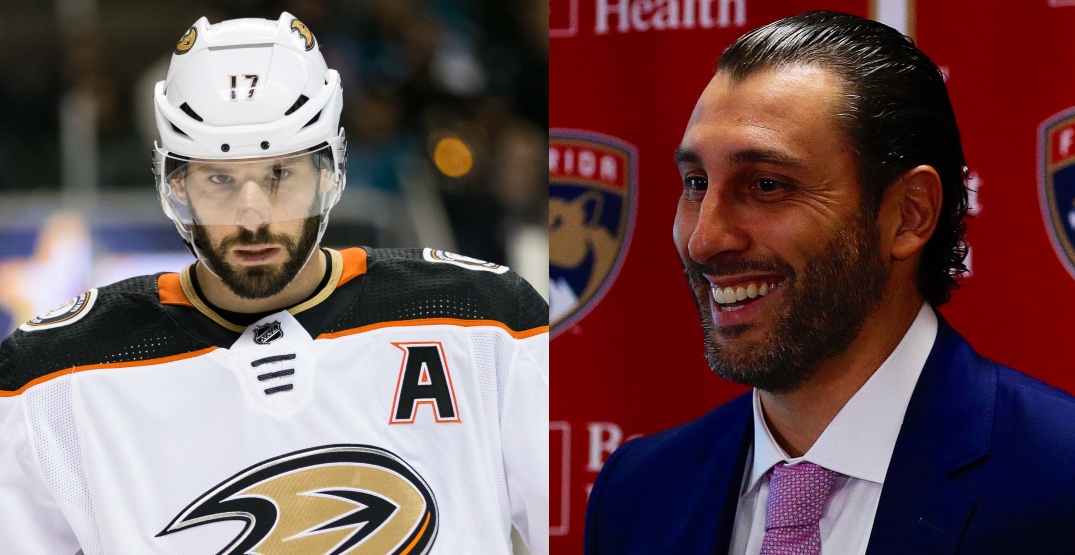 No, he’s not making a comeback.

The 37-year-old hasn’t played a game in over three years, having his career cut short due to injury. But he is still getting paid, as the six-year, $41.25 million contract extension he signed back in 2015 doesn’t expire until the end of this season.

That means he’s still eligible to be traded, which is what the Anaheim Ducks did today, sending Kesler to the Vegas Golden Knights along with John Moore, in exchange for Evgenni Dadonov and a second-round pick. Kesler reportedly had to waive his no-trade clause to allow the deal to go ahead.

It was one of the latest trades ever announced on deadline day, with the Golden Knights tweeting the news more than four hours after the noon deadline passed. NHL Central Registry was apparently backed up with last-minute deals.

🔄 The Golden Knights have acquired John Moore and Ryan Kesler from the Anaheim Ducks in exchange for Evgenii Dadonov and a conditional 2024 2nd round pick. #VegasBorn pic.twitter.com/fdXWksqXq1

Former Vancouver Canucks teammate Roberto Luongo just had to laugh about it on Twitter. We’re still waiting for Kesler’s reply.

Vegas rids themselves of Dadonov’s $5 million cap hit, but have to take back Moore’s cap hit of $2.75 million, which will likely get partially buried in the minors.

It’s a deal that has some Canucks fans crying foul, as another example of a team getting away with salary cap circumvention. The Canucks are one of the few NHL teams to be penalized for cap circumvention, as the team is still being penalized over $3 million against their cap this season because Luongo retired before the end of his deal.

Luongo and Kesler were each originally signed until the end of the 2022 season.

Everyone not salty about that just sat back and enjoyed the absurdity of the situation.

Do we know what jersey number Kesler will get in Vegas?