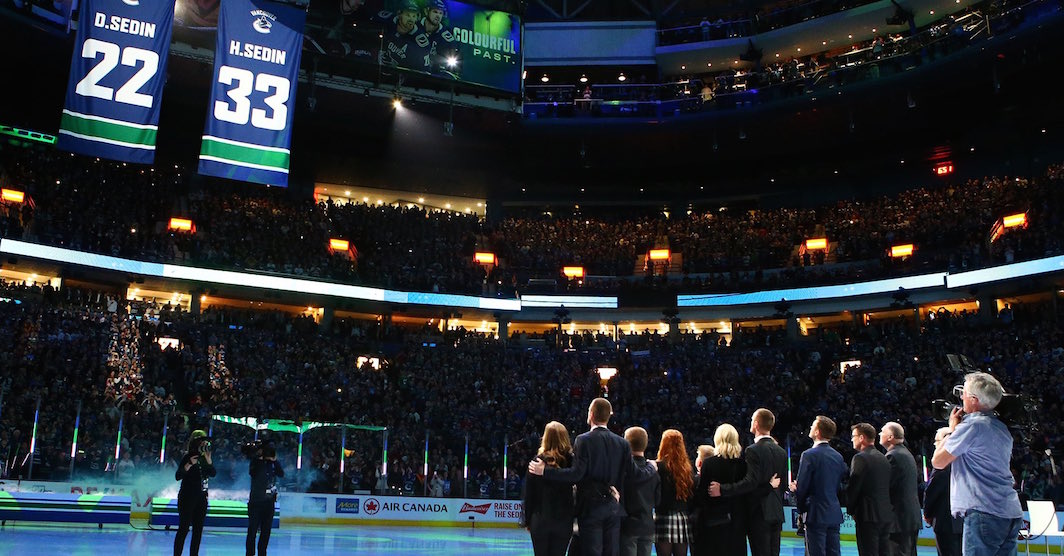 What an incredible night.

Henrik and Daniel Sedin are the greatest Vancouver Canucks of all-time, and on Wednesday night they were honoured by having their jersey numbers retired to the rafters of Rogers Arena.

This was much more than your average jersey retirement though.

Tons of former Canucks players, coaches, and management gathered to celebrate the incredible impact Henrik and Daniel made both on and off the ice throughout their 18 seasons with the organization.

There were video tributes, incredible speeches, and no shortage of emotions throughout the touching ceremony that no Canucks fan will forget anytime soon.

Watch the entire hour-long ceremony here (you may want a box of tissues handy).