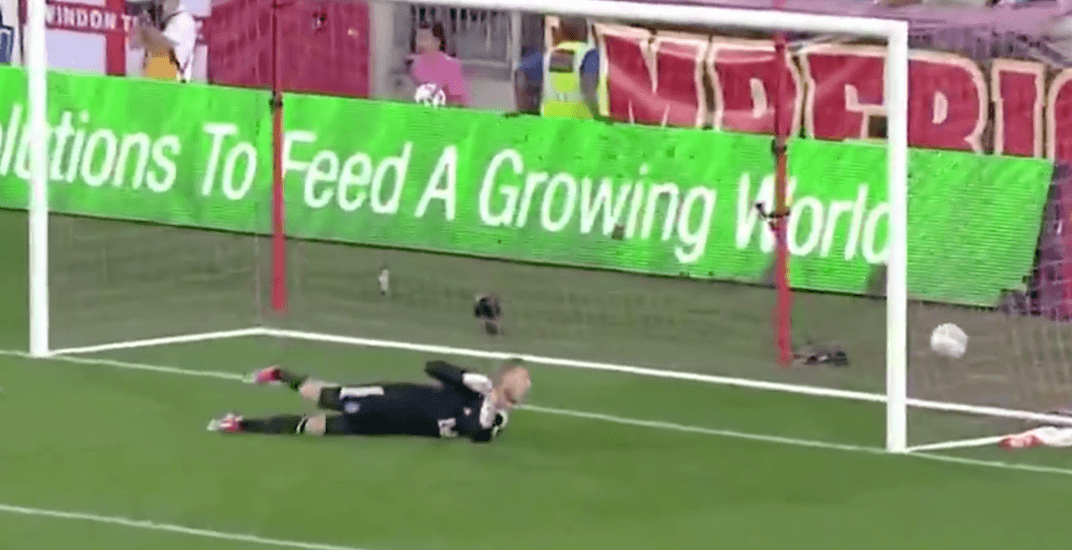 It was only a matter of time.

After signing Stefan Marinovic, an accomplished starting goalkeeper, people wondered. Is this the heir apparent to David Ousted?

Ousted’s contract is up at the end of the season.

On Saturday, Ousted wasn’t given much help from his teammates. The Whitecaps were outclassed in every way, leading to a 3-0 win by the New York Red Bulls in Harrison, New Jersey. It was the second-straight match Vancouver has lost 3-0 with Ousted in net.

The match in between those drubbings was an unexpected and hard-fought win in Kansas City last weekend, with Marinovic putting up a masterclass performance between the sticks. The Kiwi even earned himself a second spot in the Save of the Week voting after robbing Sporting Kansas City striker Diego Rubio of a goal.

Clean sheet ✔
Save of the Week nod ✔

During Saturday’s match broadcast, TSN commentators Luke Wileman and Terry Dunfield repeatedly brought up the possibility of Marinovic taking over the starting goalkeeping spot from David Ousted for the remainder of the campaign.

This week Marinovic was not available for selection on Saturday as he is away on international duty with New Zealand.

But let’s pump the brakes on making a late season switch with the Whitecaps’ top keeper.

Yes, Marinovic has made good impressions on the two starts he has had for Vancouver. There is no shadow of a doubt that he is a high quality goalkeeper. However, the Great Dane is and has been the No. 1 goalkeeper for this team since his arrival halfway through the 2013 campaign.

Ousted's allowed 6 goals in last 2 starts, and that may very well be the last we ever see of him. #StartMarinović #VWFC

Are two quality starts enough to erase four and a half seasons of solid work? Not a chance.

Once Ousted leaves in the offseason, Marinovic is the obvious and only choice to take over the No. 1 jersey, but making a change of this magnitude with two games remaining in the season and with the playoffs around the corner, seems like an unnecessary recipe to rock a seemingly harmonious and functional locker room.

Then again, this is a team in a city with a long history of goalkeeping controversies.

Carl Robinson made good on his moniker of “Welsh Tactician” last week in Sporting Kansas City. With a solid game plan and flawless execution, full points were earned in what is arguably the toughest stadium for the Blue and White to visit.

Robinson tried to throw a curveball at his New York counterpart Jesse Marsch by switching to a rarely used 5-3-2 formation. With a sometimes ultra-defensive approach, the Whitecaps banked once again on defensive solidity. This left a lethal counterattack as their only potential source for a win.

However, with a new formation and some avoidable defensive mistakes, the ‘Caps tasted a dose of their own medicine. It was the Red Bulls who caught Carl Robinson’s troops badly positioned and, with two clinical counterattacks, they locked a win that earned the bovines their playoff ticket.

Davies is not ready to be a regular starter

It was a story that we have seen unfold several times throughout the year. Alphonso Davies, the Whitecaps wunderkind was tapped on the shoulder to earn his ninth start of the season. Unfortunately for everyone, the 16-year-old failed to make a meaningful impact on the match and was was subbed off at the 65th minute as a result.

Davies is a decent player and all but he’s still yet to score an MLS goal, this needs to change quickly #VWFC

It was proven once again that the role that gives Davies the best opportunity to succeed is coming off the bench to face tired legs that can be overpowered by the raw skill and speed of the youngster – for now.

As of now, when Davies comes off of the bench, he looks ready to start. However, that has yet to translate into his starting performances. Should he never start? No. He should be given sporadic chances in specific situations where he can exploit his talents.

Needs to be said, Davies has been flat out terrible since coming back from the Gold Cup #VWFC

It will not be until he is able to string together a series of consistent starting performances where he is able to take the game by the scruff of the neck, that I will be convinced that Davies is ready a starting player for this team.

The result, while disappointing, does not knock the Whitecaps out of the top spot in the Western Conference. They will continue lead the table for at least one more week.

At this point, the Whitecaps’ focus must be on securing a top-two finish that would automatically give them a ticket to the Western Conference semi-finals. 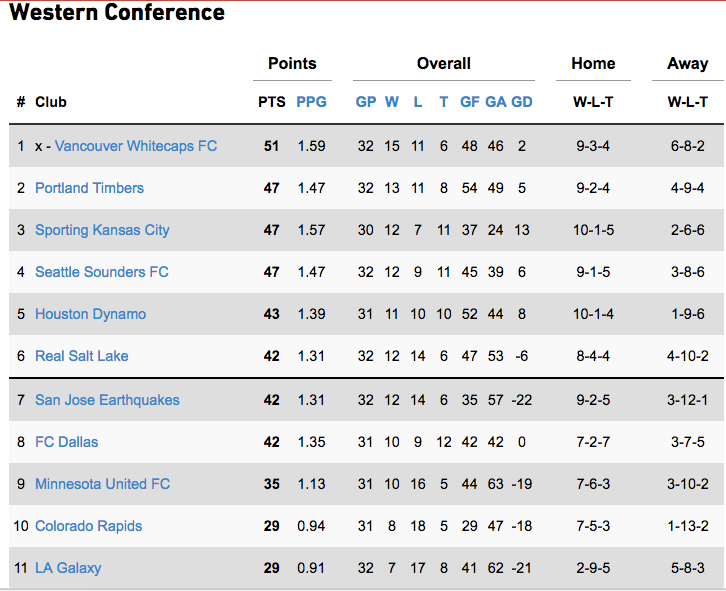 Way this season has gone, #VWFC could either win out final 2 matches to claim West title, or lose both and finish 5th. #NoConsistency #MLS pic.twitter.com/glKzrqdJx4

Carl Robinson and his pupils return to BC Place on Sunday, October 15th set to face the San Jose Earthquakes in the last regular season home match at BC Place.