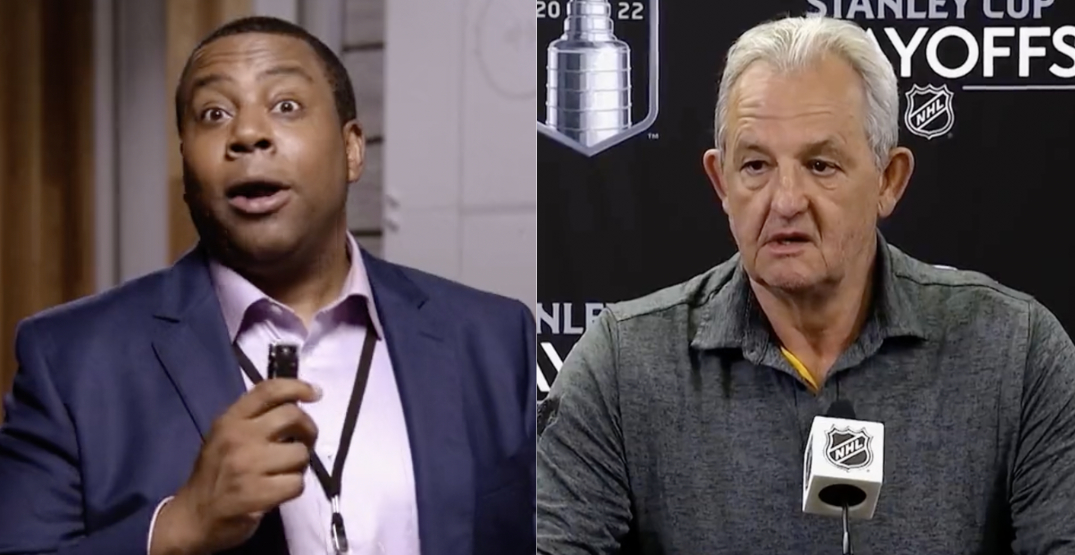 Calgary Flames coach Darryl Sutter has been adored by fans of all teams for his longtime affinity for snappy one-liners and media zingers in his press conferences throughout a long coaching career.

You can probably count Kenan Thompson among the fans.

Thompson, host of the 2022 NHL Awards and longtime Saturday Night Live cast member, poked a little fun at Sutter’s demeanour — and his baby geese — during a skit on Tuesday’s broadcast.

Thompson, who starred in D2: The Mighty Ducks as a child, portrayed NHL insider Kevin Weekes of ESPN, NHL Network, and TSN in a press conference setting with the Jack Adams Award winning Flames bench boss, cutting back-and-forth to Thompson’s staged questions and Sutter’s real-life answers throughout the latter part of the regular season and playoffs.

The cuts, which featured different attire for Sutter based on the response, narrated a story of how geese have infiltrated what must be the Saddledome in a hilarious two-minute bit that certainly hit home for Calgary scribes.