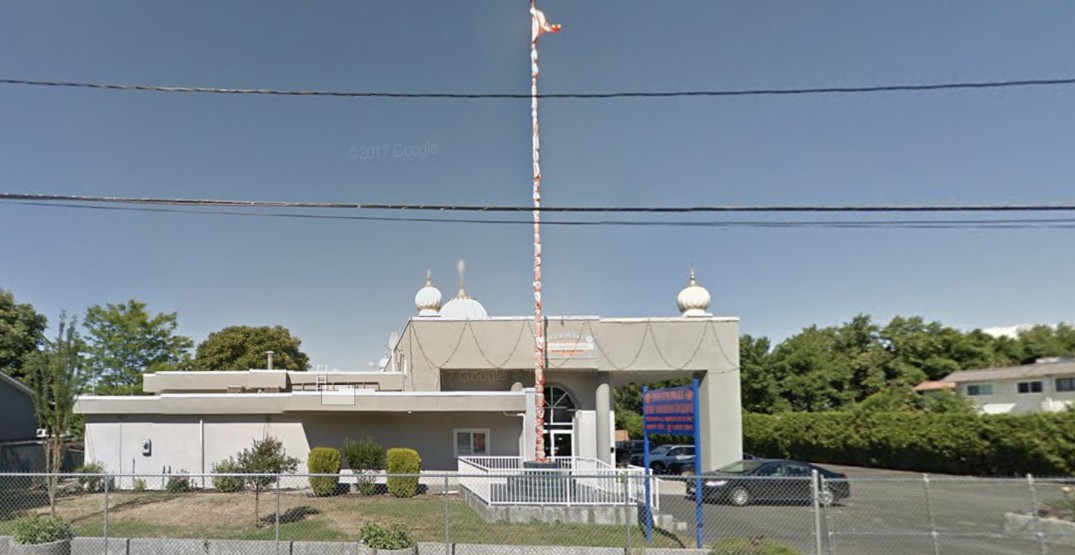 Community members are rallying with a BC Sikh Temple that was vandalized with racist graffiti earlier this week.

“It is disappointing that these sorts of incidents continue to take place. We believe it is ignorance and fear that drives racism and the Sikh community will continue to reach out to educate and build bridges despite incidents like this,” said World Sikh Organization (WSO) vice-president for BC and Kelowna resident Amanpreet Singh Hundal, in a statement.

According to the WSO, the temple was also the target of vandalism once before but police were not contacted when that incident occurred.

RCMP were notified about the most recent incident and confirmed that “the investigation into the mischief to religious property remains ongoing at this time.”

“Police will be conducting a review of video footage captured on nearby surveillance cameras,” Cpl. Jesse O’Donaghey with Kelowna RCMP told Daily Hive.

“Whoever vandalized the gurdwara would have been better served to actually learn more about Sikh community by going inside the gurdwara to ask questions and enjoying the free meal available to all visitors,” said Hundal.

“Kelowna is our home and racist incidents like this won’t phase us.”