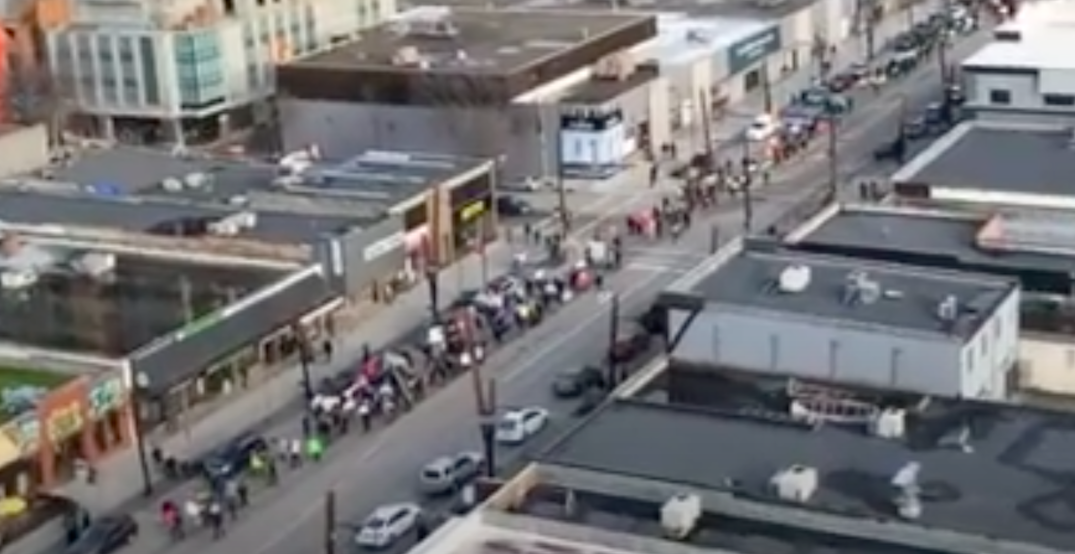 The organizer of a weekend protest in Kelowna against BC’s COVID-19 restrictions was fined $2,300 for being in contravention of said restrictions, police confirmed.

The protest – which was held on Saturday, December 12 – took place in the city’s downtown and included a march, which “crossed several busy downtown core roadways,” police said.

Kelowna RCMP said officers were on-hand to ensure the safety of the protesters, as well as the rest of the public.

The protest organizer – who police said “self-identified” as such – received the fine under the COVID-19 Related Measures Act.

“We all have a key role to play during this health emergency, and there are many members of public respecting the prevention orders from the public health authorities that are not optional,” said Kelowna RCMP Supt. Kara Triance. “Public safety is a priority for the RCMP and we encourage everyone to adhere to the orders being implemented to keep everyone safe and reduce the risks.”

Police said people in Canada “have a democratic right to a lawful and peaceful protest and the RCMP must use discretion when balancing a citizen’s rights with the current potential health risks associated to large public gatherings.”

However, “if the activities being engaged in are in violation of the provincial Public Health Order, those involved can face fines.”