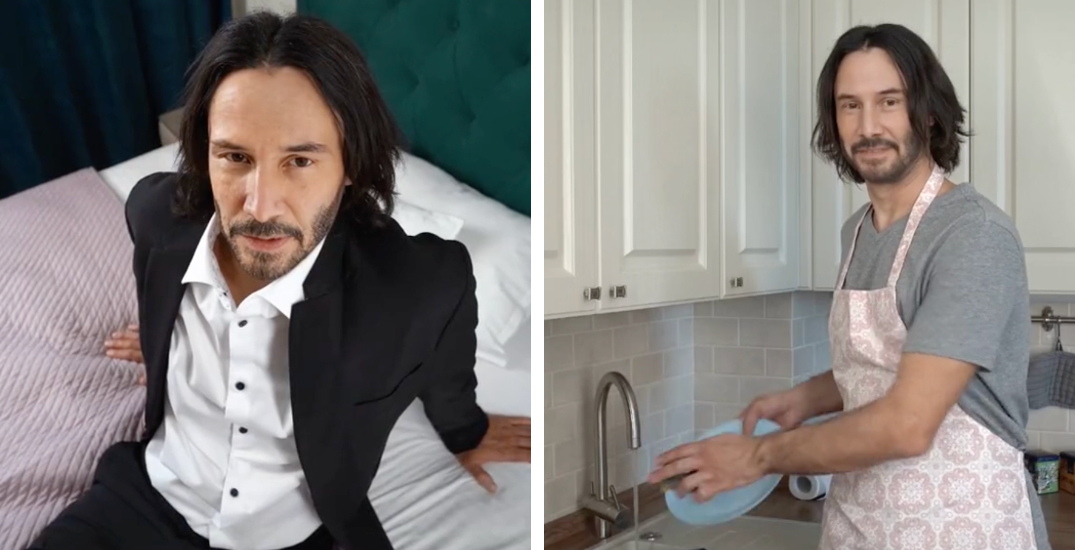 A TikTok account is taking the internet by storm by tricking thousands — if not millions — of people into thinking it is Keanu Reeves, despite being very, very honest about not being Keanu Reeves.

The person behind @unreal_keanu has amassed 4.2 million followers since joining the video-sharing platform in January. Many of those followers believe it is their favourite Canadian actor.

If the name “Unreal Keanu” wasn’t enough, the bio blatantly disclaims that it is a parody account. The person running the account makes videos that wouldn’t necessarily fall in line with Reeves’ personality and public persona in real life.

Often comedic or following TikTok trends, the clips can sometimes venture into weird territory. You might need to watch a few to determine that there’s something off about the face. It’s an unnatural uncanniness that might be a careful blend of AI-generated visuals, a lookalike, or maybe just someone with Reeves’ body type and hair.

Regardless, you’re going to have a reaction when you see them. Exhibit A:

Someone in the comments called him “John Wish” — if you get it, you get it.

One of Unreal Keanu’s most popular TikToks was posted on June 8. In it, he’s wearing a stick-figure LED light suit and doing a goofy little dance to a Katy Perry song.

It stands at a whopping 58 million views less than a month later.

Another one showing him recreating iconic Keanu Reeves movie stills because he’s “bored at home” has 68 million views. It was posted in March.

Though probably easy to spot for the trained eye, the tech used to create these realistic deep fakes is not detectable to most.

He looks like the real deal, which sparks curiosity about how far technology has come but is simultaneously a chilling reminder that it could be used negatively in the wrong hands.

@unreal_keanu Hey! My cupboard has a little message for you! #keanureeves #reeves #morning ♬ Love You So – The King Khan & BBQ Show

“Deep fake’s almost there. Cool and troubling at the same time,” noted one commenter upon seeing Unreal Keanu for the first time.

There are many who believe, many who don’t, and some who don’t want to ruin the fun and would rather live in a reality where they can see Neo do silly TikTok challenges like he’s Addison Rae.

I think we’re in the last camp.