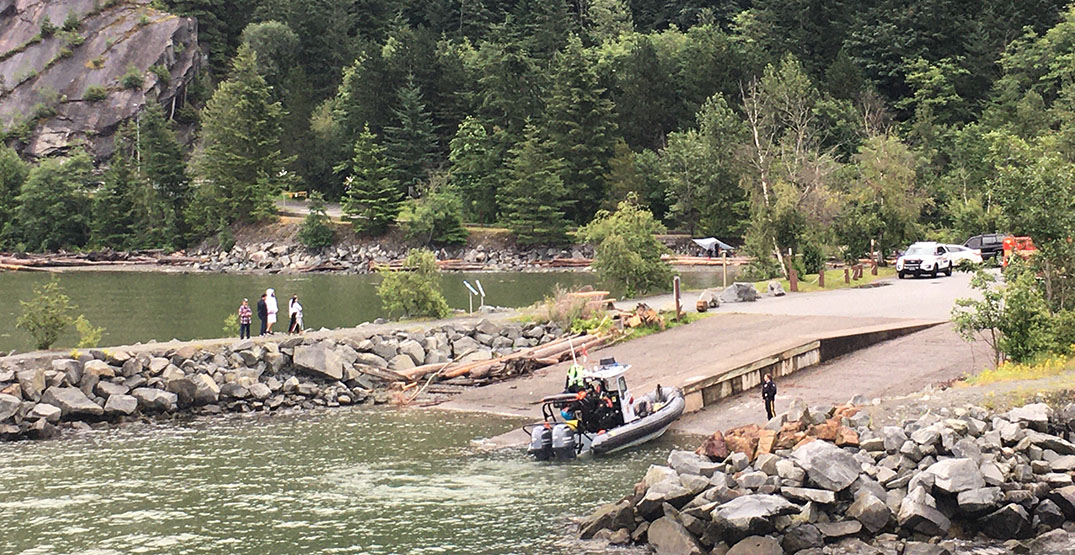 His crew boated over to Porteau Cove, where they found the two men clutching their overturned kayaks about 300 metres from shore. The pair only had one lifejacket between them.

“It looked like they had attempted to make a crossing from Porteau Cove, but they seemed a little unprepared for the inclement weather,” Jean said.

Canada Day brought rain and low-lying clouds to Howe Sound, with 30-knot winds creating big waves in the open water. Jean’s crew brought the kayakers on board and ferried them to safety in Porteau Cove. 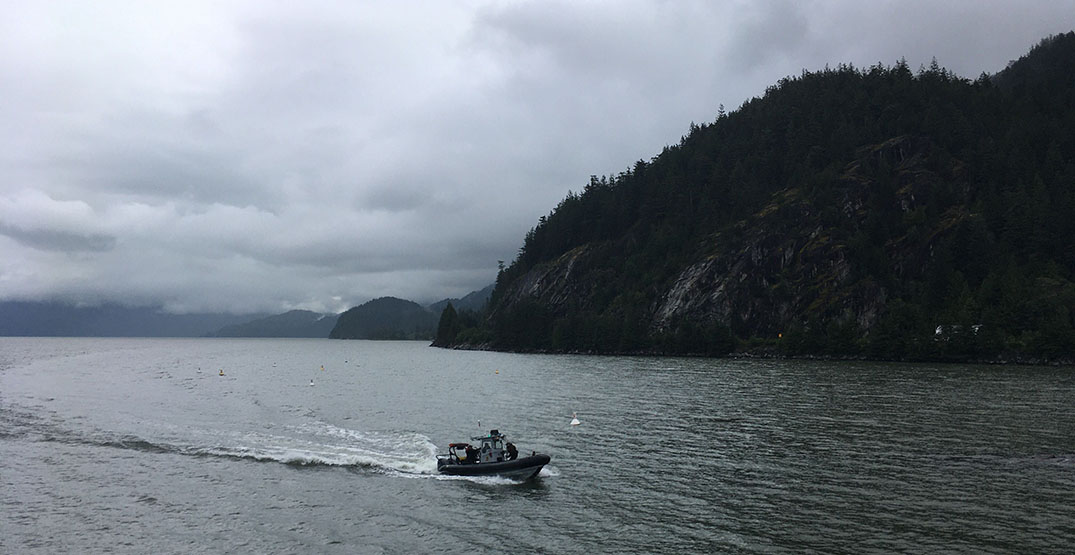 As the men climbed out of the boat they were given warm blankets and toques and were assessed by paramedics.

In all, they spent about half an hour floating in the water.

“Something that could have been potentially tragic turned out to be a good news story,” Jean said.

The men were lucky to still have cell reception, and one of them used a phone he’d kept in a waterproof case to call 911 from Howe Sound.

After bringing the men to shore, Jean’s crew went out again to retrieve the pair’s kayaks and belongings.

“If you’re going on a kayak adventure or recreating in Howe Sound — keep that safety equipment with you and really have some local knowledge and some experience,” Jean said.