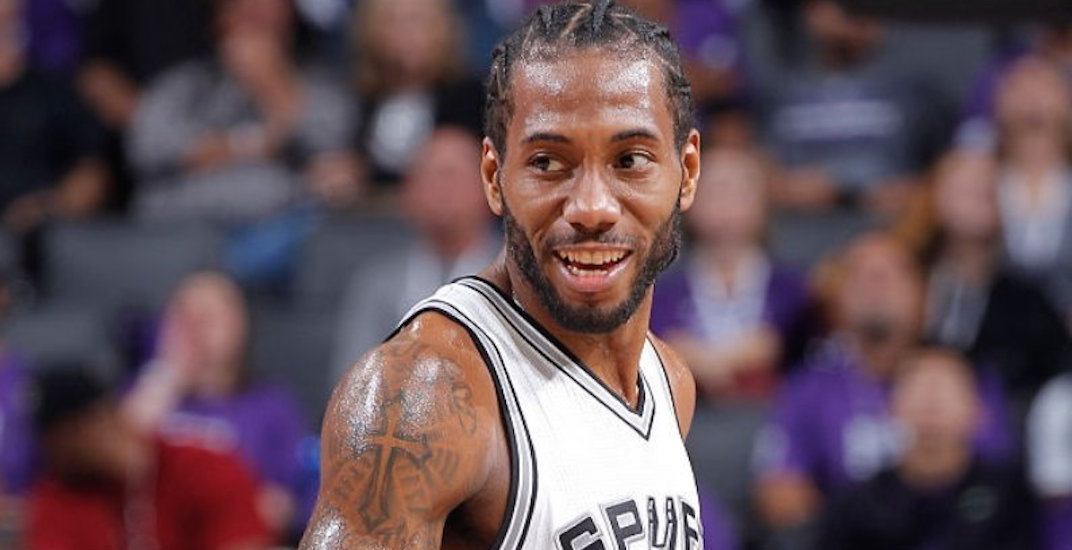 Raptors fans got another nugget of information regarding the likelihood of Kawhi Leonard moving north. In an appearance on the Lowe Post Podcast, ESPN’s Brian Windhorst added fuel to the fire regarding the Raptors/Spurs trade rumour.

“I think [the Toronto Raptors are] in the driver’s seat for Kawhi because I think the Lakers have given up, the Sixers have given up, and with the Nets, Bulls and Hawks spending their cap space it makes it harder to assemble a multi-team trade.”

Windhorst’s comments come on the heels of a Washington Post report that the Raptors have “generated buzz” for the San Antonio Spurs star. Gambling website OddsShark has also listed the Raptors as the favourite to acquire Leonard in a trade.

The thought of Kawhi coming north was inconceivable for some, which ESPN’s Zach Lowe rebutted in the podcast.

“I’ve seen a lot of snark on Twitter that the Raptors stuff is a joke, that the odds went up because of something I said on my podcast and you said on TV,” Lowe said. “I’ve seen it being dismissed. It may not happen, most NBA trades don’t happen, but if you think it’s a joke, you should probably recalibrate your expectations.”

Leonard, who has made it known that he wants out of San Antonio, is a two-time All-Star, two-time Defensive Player of the Year, and won an NBA championship and Finals MVP in 2014. The 27-year-old has two years remaining on a contract that pays him more than $20 million for the next two seasons.

The cost to acquire Kawhi would be steep, likely including DeMar DeRozan or Kyle Lowry in a package in return.