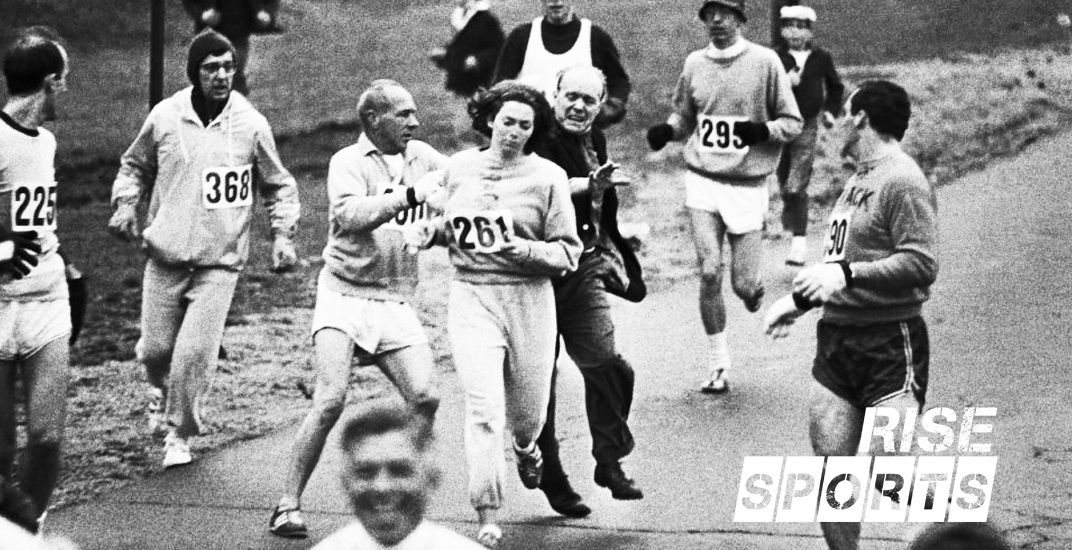 Shannon Boxx, for example, battled lupus to become the best female soccer player on the planet. That’s beyond impressive and is extremely motivational. Steve Nash wasn’t offered a scholarship from any of the “big schools” in the NCAA and managed to become a two-time MVP and the best Canadian to ever play the game. Also, extremely impressive!

Nobody that we’ve spoken to though, has been physically held back from trying to accomplish their dreams. Nobody has been told they couldn’t do it; not because of their skill, but because of their gender and the extreme sexism they would ultimately have to face.

Kathrine Switzer embraced this challenge by deciding to partake in the 1967 Boston Marathon. Early on, a race organizer named Jock Semple discovered that she was trying to run in an all men’s race. He ran on to the road, grabbed her and yelled “Get the hell out of my race!”

Thankfully, her boyfriend at the time just happened to be an All-American football player and smacked Semple to the ground. Switzer, absolutely in a state of shock, just kept her mind focused and kept going until she reached her goal. Her story may have started there, but it certainly didn’t end in Boston.

This week’s podcast featuring the Rise of @kathrineswitzer is now available on @applepodcasts or wherever you get your podcasts. Please subscribe to Rise Sports for more inspirational athlete stories. The video of this interview will be posted to our YouTube channel and Green Men (Official) Facebook page on Friday. Also, our Podcast Password contest is now running too. Please post the answer below this post for your chance to win courtesy of @redtruckbeer . . #261 #kvswitzer #switzer #kathrineswitzer #marathontraining #marathon #marathonrunner #run #running #cardio #runningmotivation #inspo #inspiration #inspiring #move #motivate #motivating #motivational #mondaymotivation #inspirational #free #freecontest #contest #contestgiveaway #giveaway #giveawaycontest #freegiveaway #podcast #beer

Kathrine has since founded an organization called 261 Fearless – the number that was on her bib during the marathon (as seen in the headline photo above). Her goal is to motivate women by providing them a safe place to join friends new and old to come together and run. It’s exercise, it’s good for you, but more than that it can set you free.

I, personally, never got into running too much when I was younger. I’d play hockey and count that as my weekly cardio. When I was travelling through Kenya in 2009 though, I decided to join the Safaricom Marathon -one of the top ten hardest marathons on earth. 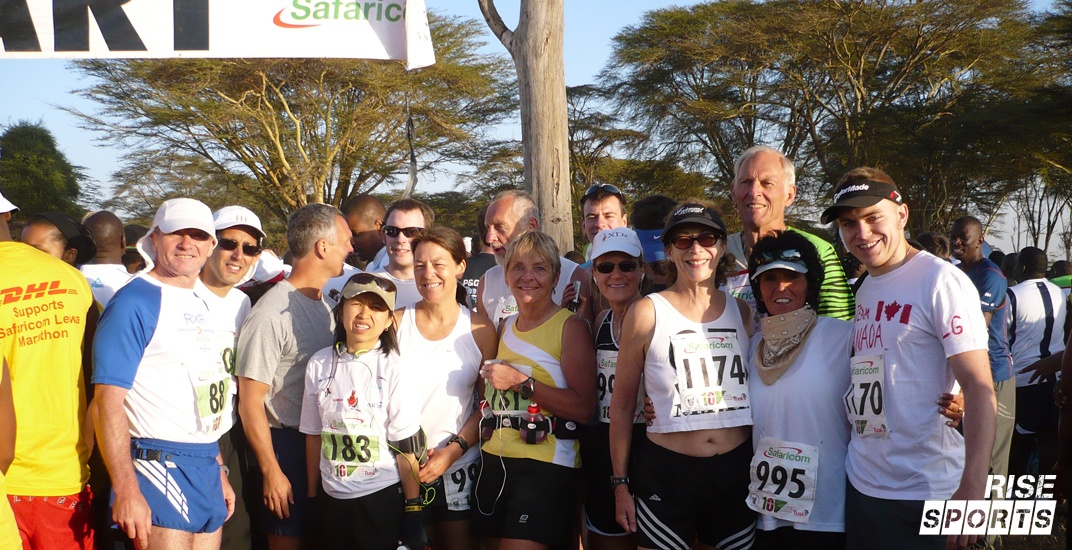 I wouldn’t have joined the race and would’ve absolutely regret it to this day, if it weren’t for Kathrine and the people I was with supporting me and pushing me toward my goal. A little support can change the world. Spreading that word is the mission for 261 Fearless and it’s just a small part of the legacy shared with us by this week’s guest.