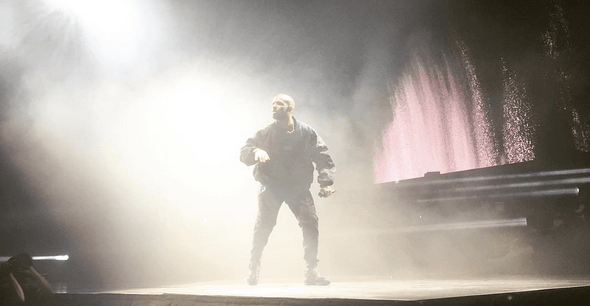 So, a lot went down at Drake’s OVO Fest weekend in Toronto.

Besides guest appearances by Rihanna, Popcaan, French Montana, and Kanye West, a major collaborative announcement was teased at the annual music festival.

Yeezy himself took the stage at one point and asked the sold-out crowd if they were ready for “this album?” clarifying that it wasn’t Life of Pablo, and it wasn’t Views.

Earlier this year, Drizzy sat with Zane Lowe to discuss Views prior to its release. At the time, Drake told Lowe that him and Kanye were supposed to make a mixtape together. “Maybe we’ll get that done,” Drake said.

Although no official word has been released from either camp, this has left us wondering when this album – or mixtape – is dropping.