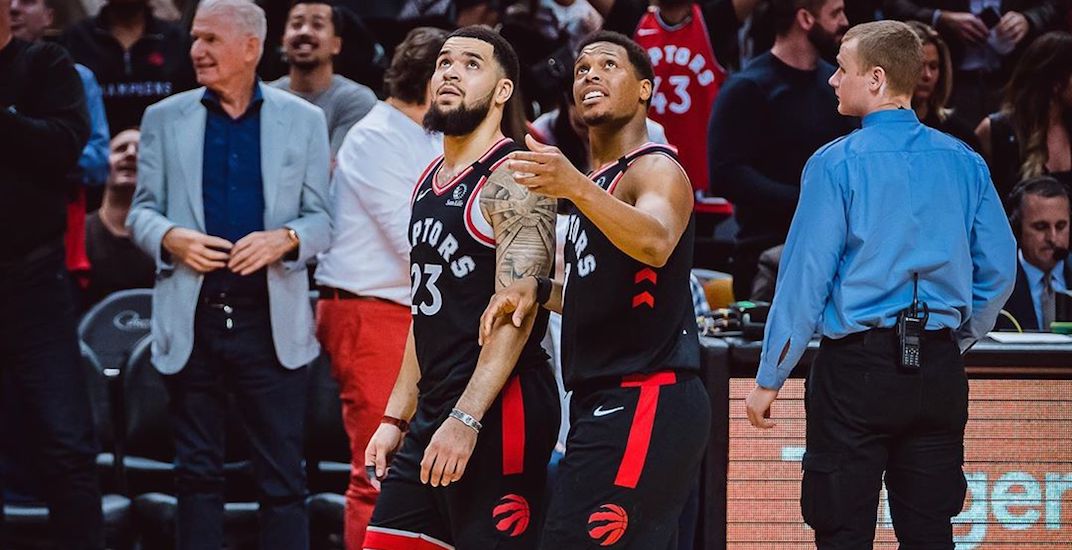 With the Toronto Raptors seemingly without a home for next season, the mayor of Kansas City is putting on a full court press to bring them to his city.

Though the Raptors’ first choice is to play home games at Scotiabank Arena in Toronto next season, that might not be possible, at least to start.

Unless changes are made to Canada’s 14-day quarantine law in time for the start of the NBA season, which could be as soon as December, it won’t be feasible for the Raptors to play games north of the border. It’s the same reason why the Toronto Blue Jays had to play in Buffalo last season, and why all three of Canada’s MLS franchises are finishing up their seasons in the United States. Toronto FC now plays out of Hartford, Connecticut, while the Montreal Impact are hosting games in Harrison, New Jersey, and the Vancouver Whitecaps now call Portland, Oregon home.

Kansas City Mayor Quinton Lucas was tweeting about the Raptors again on Tuesday, which he has been doing since Saturday. It came after news leaked that the Raptors were considering playing home games in Louisville, Kentucky. Talks with Louisville have apparently ended after Raptors players opposed the idea, not wanting to play in the same city where Breonna Taylor was shot and killed by police back in March.

So the door is open, it appears, for Kansas City to state its case.

Mayor Lucas pointed out the temperature difference between Toronto and Kansas City on Tuesday, doing so in French and English, in an apparent attempt to make the Raptors feel at home.

Even Kansas City Chiefs quarterback Patrick Mahomes got in on the action, tweeting “Bring them to KC!”

*Update: Mayor Lucas has written a letter to NBA Commissioner Adam Silver in an attempt to convince the Raptors to play in Kansas City.

We heard you might need a temporary home for the upcoming @NBA season, @Raptors. We'd love to have you in Kansas City.

Mayor Lucas and members of the KS and MO delegation today encouraged the NBA and Raptors to select Kansas City as the team's host city for the 2020-21 season: pic.twitter.com/knyUEwYBlX

Kansas City has been without an NBA team since 1985, when the Kings moved to Sacramento, but they do have a first-class arena in the T-Mobile Center, which opened in 2007.