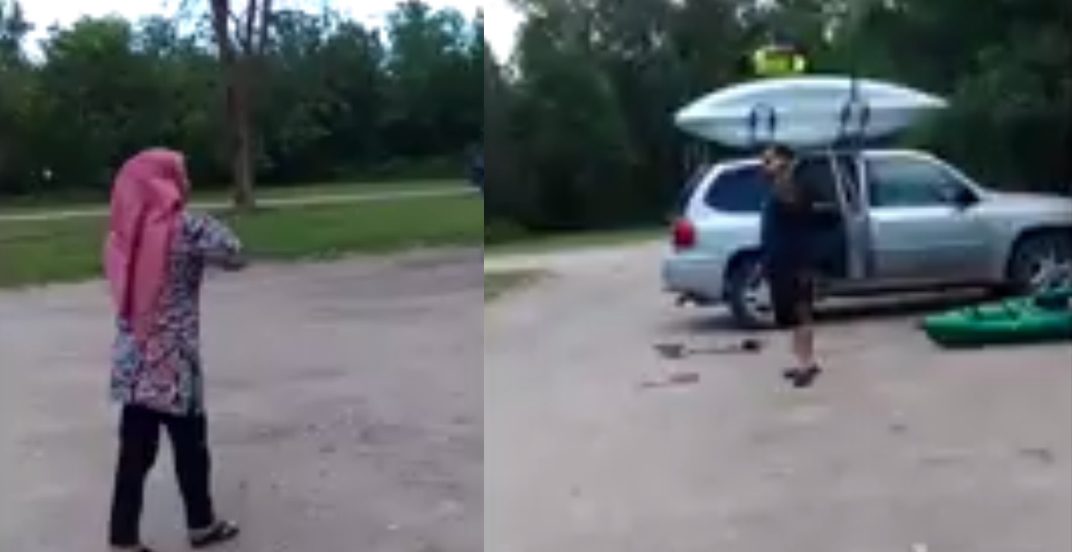 Not a sentence you regularly hear in Canada, and much less in 2017, but doesn’t mean it’s not happening.

Calgarian Kaniz Fatima posted a video of a recent racial attack on her Facebook Page. Fatima was in Pinawa, Winnipeg when a man started yelling at her, demanding she take off her head scarf.

When Fatima called out the man for being racist he replied with, “Yeah no shit I am, I’m a fucken Nazi.”

He then proceeded to say, “take your head towel off,” to which Fatima replied, “Why should I take it off.” The man then said, “because it supports muslims.”

Two bystanders then jumped into the argument defending Fatima and telling the man to stop what he was doing.