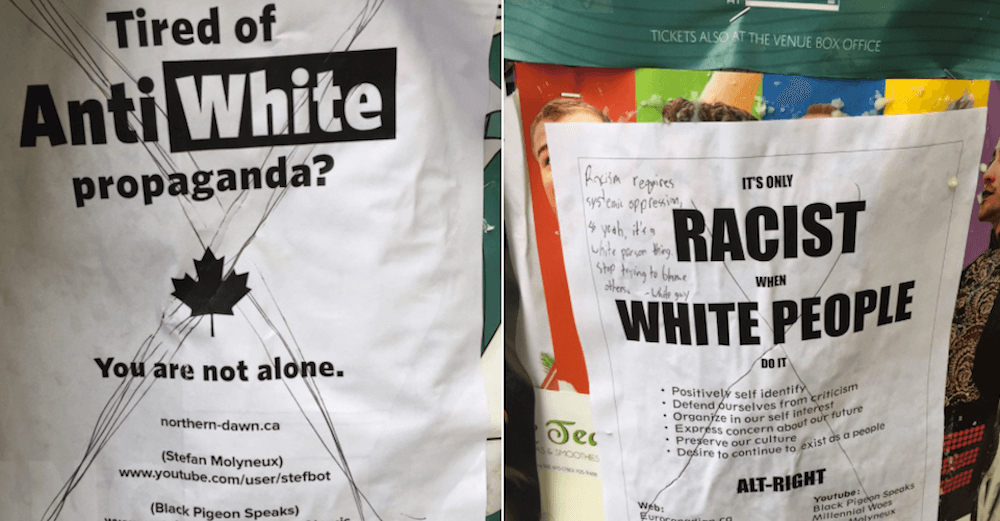 Racist posters have been seen around Edmonton once again, as alt-right groups point the finger at others.

Headlines reading, “Tired of anti-white propaganda, you are not alone” and “It’s only racist when white people do it,” covered posters found in downtown Edmonton and Whyte Ave.

The posters surfaced on Twitter on Monday, and many are calling out Edmonton City council and the #makeitawkward campaign leaders to do something about it.

@CityofEdmonton @doniveson I guess the #makeitawkward campaign isn’t working? What are you doing about the white supremacists in #yeg pic.twitter.com/fDO2GSt2sh

Co-founder of the #Makeitawkward campaign, Jesse Lipscombe launched the anti-racism campaign in September after being verbally berated for being black.