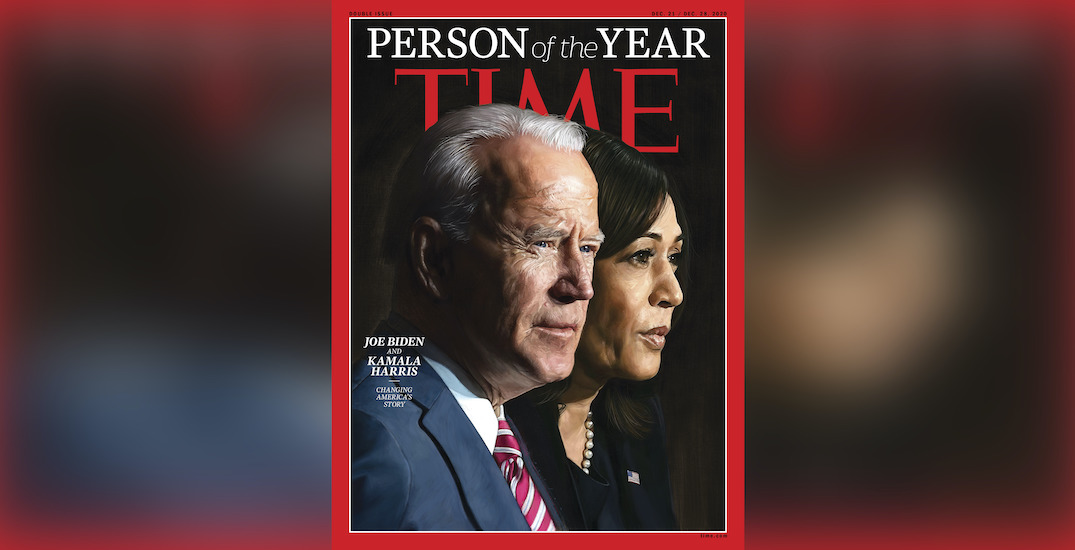 The duo beat Donald Trump in the 2020 presidential race this past November. Harris became the United States’ first female and first Black and South Asian VP in history.

Edward Felsenthal, the Editor-in-Chief and CEO of Time, says Harris and Biden were chosen “for sharing a vision of healing in a grieving world.” It’s also the first time the publication has named a vice president as Person of the Year.

Harris, a former California senator, spent time in the 1970s and 1980s in Montreal while attending Westmount High School. During that time, her mother, Shyamala, was a teacher at McGill University.

“The Democratic ticket was an unlikely partnership: forged in conflict and fused over Zoom, divided by generation, race and gender,” says the Time Person of the Year article. Felsenthal says the “next four years will be an enormous test for them,” and cites that Harris and Biden offered the US “restoration and renewal in a single ticket.”

The president and vice president-elect totalled 81 million votes in November, the most in presidential history, topping Trump by over seven million votes and flipping five battleground states in the process.

Time magazine’s tradition of naming an influential person of the year started in 1927. It’s given to an individual, group, or movement that has been deemed the most influential over the past year.

The publication’s shortlist was unveiled on Thursday, reflecting some of the most dramatic people from 2020. Biden and Harris, Trump, frontline healthcare workers, Dr. Fauci, and the racial justice movement were all included on Time’s list.

The Biden-Harris ticket represents something historic.

Person of the Year is not just about the year that was, but about where we’re headed #TIMEPOY https://t.co/JqAblTSpFH pic.twitter.com/o5I1XOLWm3