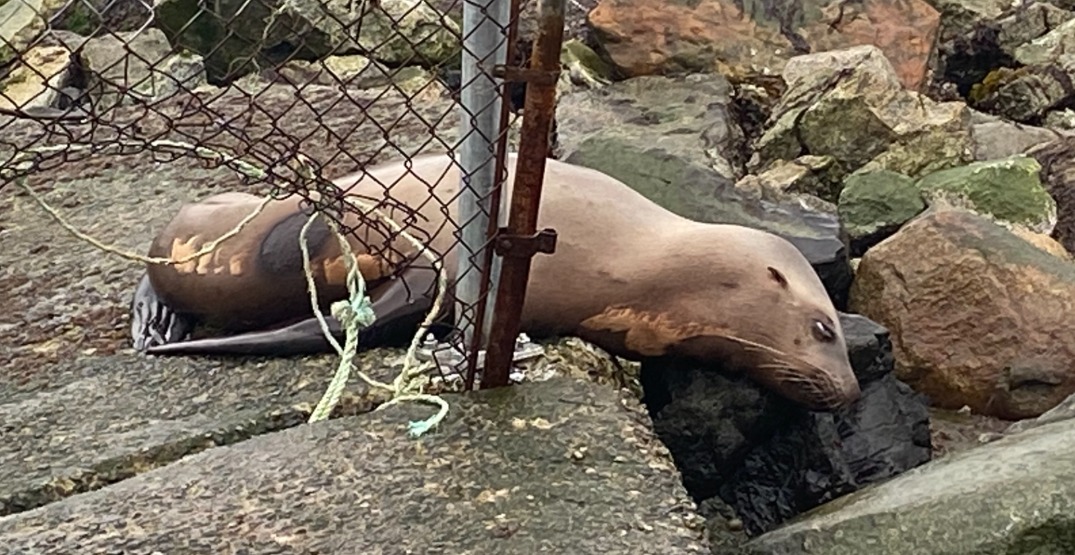 Courtesy of the Vancouver Aquarium

A juvenile sea lion is being cared for after it was found in terrible condition on Kitsilano Beach on Friday morning.

Staff members from the Vancouver Aquarium’s Marine Mammal Rescue Centre were called to the beach this morning, covering her with a blanket and bringing her back to their facility for treatment.

Video shows her lying still on the rocks, in the rain, with her eyes shut.

Dr. Martin Haulena, veterinarian with the rescue centre, says it’s not likely she’ll be back in the ocean anytime soon. He confirmed she was in “absolutely terrible” condition.

Haulena says someone shot her with a jacketed bullet that fragmented and damaged her left eye “quite severely.” Her right eye was injured as well and is possibly beyond repair. 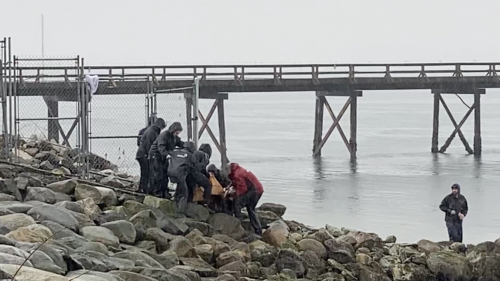 Courtesy of the Vancouver Aquarium

Unfortunately, Haulena says they find shot sea lions relatively often, perhaps because fishermen see them as pests. It’s also possible they do it “for fun,” he adds.

“We do have several animals that live now at the aquarium because they can’t be released because they’ve been blinded by gunshot,” he says.

“The bullet doesn’t really kill the animal, it just causes a really high degree of suffering.”

Right now, the priority for the team is stabilization and pain control. From there, they’ll wait for diagnostics that tell them more about her health and potential for re-release.

It’s unusual for wildlife to hang around on populated shores, which is why they are often spotted there when something goes wrong.

The Marine Mammal Rescue Centre is also reminding people that if they see a mammal in need of help, resist the urge to intervene and call the experts.