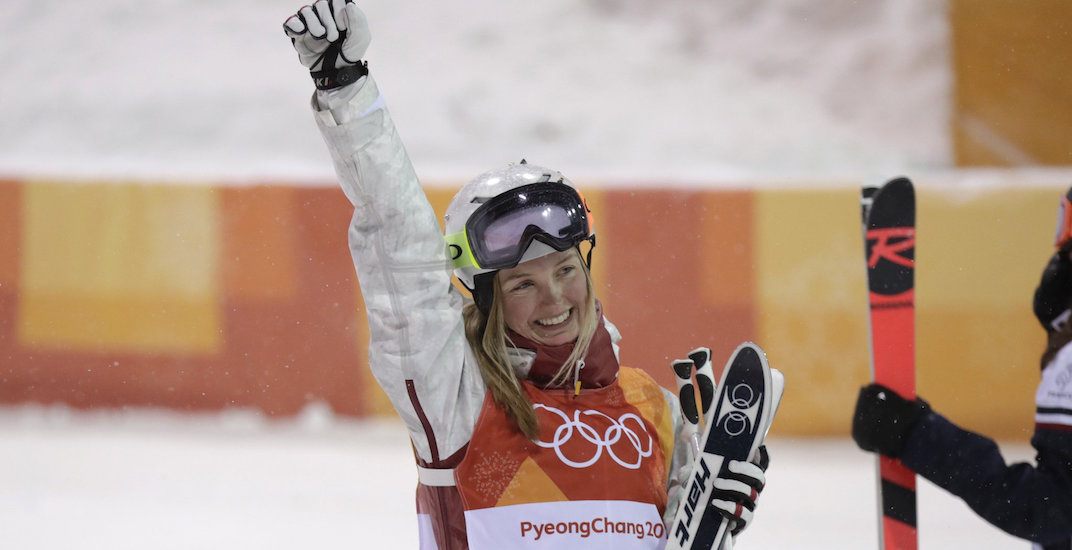 This time it’s silver for the 2014 Olympic champion, after a clutch final run in PyeongChang.

The 23-year-old Montreal native jumped into first place with a score of 78.56 on her final run, but had to wait and watch three other skiers try to beat her. France’s Perrine Laffont was the only competitor to do it, winning gold with a score of 78.65. Kazakhstan’s Yulia Galysheva (77.40) won bronze.

Unlike Sochi, Justine’s sister Chloe won’t join her on the podium this time around. Neither will teammate Andi Naude, who was in first place heading into her final run. It was heartbreaking for the Penticton native, who was in tears when interviewed by CBC television after the competition. She stumbled on her last run and was unable to finish the race.

It was heartbreak for Canadian medal hopeful Andi Naude, who lost control down the hill in the moguls final and missed out on the podium pic.twitter.com/vYDyfTIchW

Dufour-Lapointe’s medal brings Canada’s total up to four, with three silver and one bronze coming on a very successful second full day of competition.