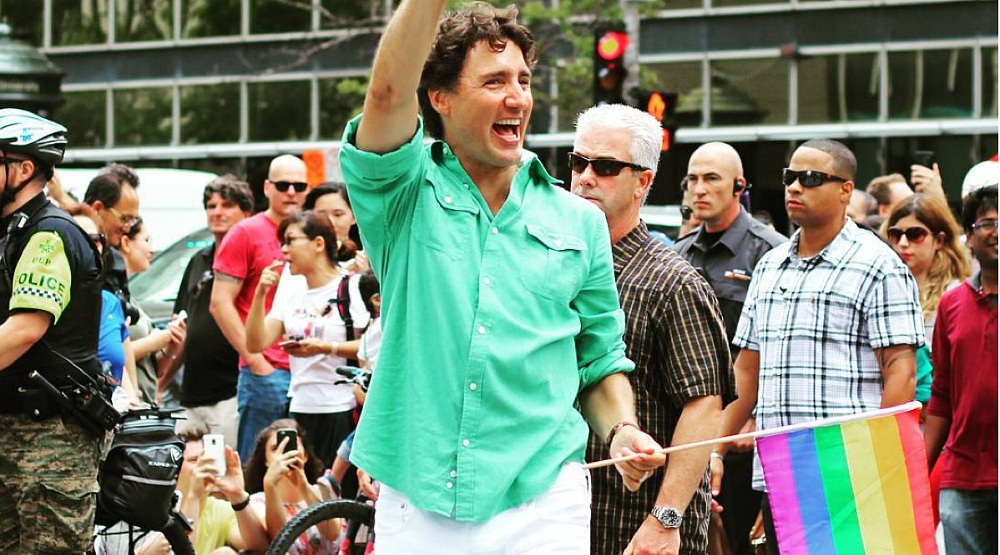 Just because you’re running a country of over 30 million people doesn’t mean you can’t look good.

Featuring 11 dashing photos of the prime minister, some of Trudeau’s best looks of the year were featured in the fashion book, including a saucy navy blue suit, the turquoise button-up and chino pants he wore while marching in the Vancouver Pride Parade, and a jean and plaid blazer combo that would be difficult for anyone else to pull off.

Anyone else who isn’t Trudeau, of course.

Trudeau told the magazine that one of his favourite pieces of clothing was his father’s handmade native-bucksin fringe jacket. His favourite accessory? Colourful socks.

And, in case you were wondering, Trudeau says that when he’s left to his own devices, his style icon is Jack Sparrow – he says he used to wear capes, but when his wife, Sophie, came on the scene, they all disappeared.

Funny how that happens.

He was in good company on the list, too. Other handsome gents featured by the magazine included US Vice President Joe Biden, New York Giants wide receiver Victor Cruz, Prince Harry, and actor Eddie Redmayne.