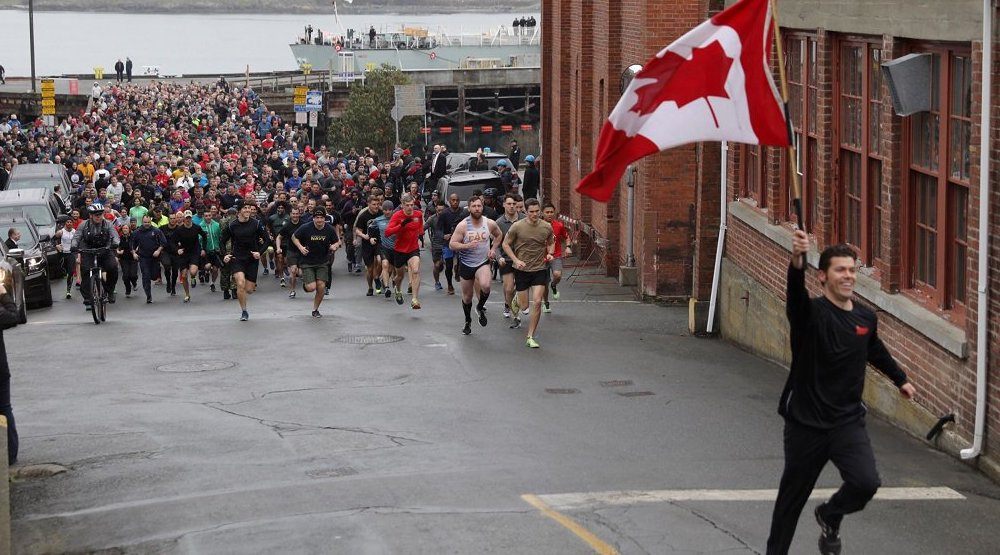 Prime Minister Justin Trudeau kicked off his visit to BC with a morning run alongside members of the military on a naval base on Vancouver Island.

Trudeau ran the 5 km course alongside Minister of National Defence Harjit Sajjan and members of the Canadian Forces at the base in Esquimal.

After spending time in Victoria today, Trudeau will head for Vancouver where he’ll meet with BC Premier Christy Clark this evening.

Tomorrow morning Trudeau will meet with first responders and healthcare professionals to participate in a roundtable discussion about the opioid crisis, he will also go on a ride-along with Vancouver Police through the Downtown Eastside.

Then later that morning Trudeau will join Daily Hive Editor-in-Chief Farhan Mohamed to speak in front of more than 2,700 delegates from 130 countries at YPO Edge, an international business leaders’ convention being held at the Vancouver Convention Centre from March 1 to 3.

Prime Minister Trudeau and Minister Sajjan start their visit to CFB Esquimalt in BC with a run with @CanadianForces members. pic.twitter.com/l1h8fdsQ3X

I’m in there somewhere… what an honour to run with @CanadianForces members today in Victoria. pic.twitter.com/JA5zXJ3JvQ