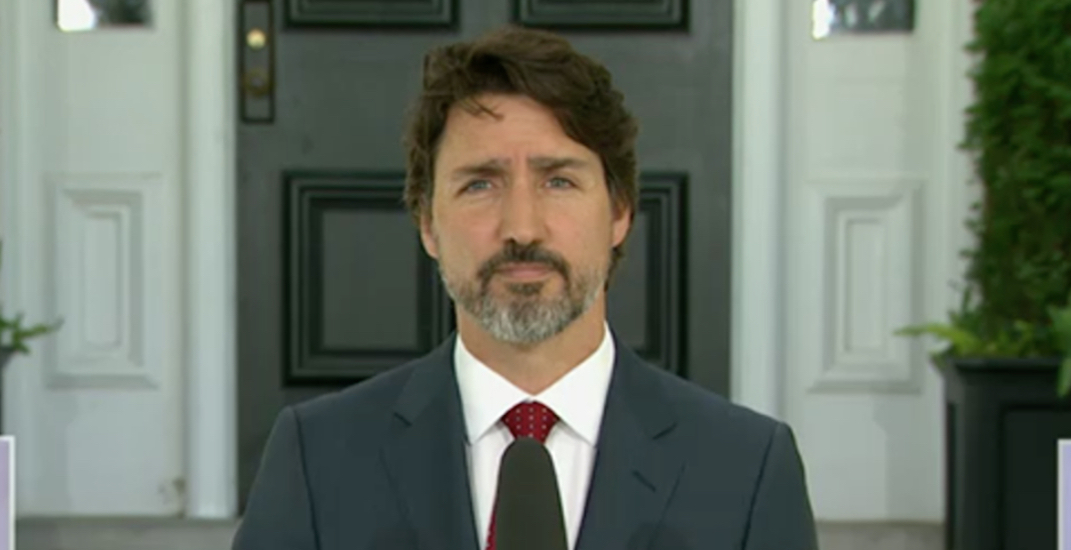 Prime Minister Justin Trudeau addressed Wednesday’s House of Commons commotion on Thursday, saying he feels it’s “problematic” that the Bloq Quebecois is refusing to recognize systemic racism in the country.

After announcing the launch of a national app for COVID-19 contact tracing, Trudeau was asked by a reporter if Bloc Quebecois MP Alain Therrien was racist by choosing to vote against the motion from NDP leader Jagmeet Singh that systemic racist exists in the RCMP.

“I think it remains problematic that the Bloc Quebecois refuses to recognize systemic racism in the RCMP and in this country,” replied Trudeau. “The first step is recognizing that there is a problem so we can address it and it is unfortunate that they continue to resist recognizing the lived reality of millions of Canadians who are Indigenous or racialized.”

On Wednesday, Singh was asked to leave the House of Commons after calling Therrien a “racist.”

Singh was seeking unanimous consent on a motion related to systemic racism in the RCMP.

The prime minister said Canadians need to show racialized Canadians, “like the leader of the NDP,” that racism is prevalent in the country.

“I hope the Bloq Quebecois will understand that we need to work together to deal with the repercussions of systemic racism,” concluded Trudeau.

In his press conference on Wednesday night, an emotional Singh addressed the incident and why it elicited such a response.

“We’re in a moment right now, as we all know. There’s been people taking to the streets demanding action on systemic racism,” said Singh. “Thousands of people across the world are saying we need to do something about it. For a lot of racialized people, for a lot of Black and Indigenous and people of colour, this has been a problem in Canada as well.

Singh went on to say that for the House to collectively acknowledge that this racism exists is an important step in addressing the issue.

“The motion was a pretty simple motion. Tackling systemic racism is going to take a lot of work and a lot of effort, but there’s some clear steps we can take, and one is to call out,” he added.