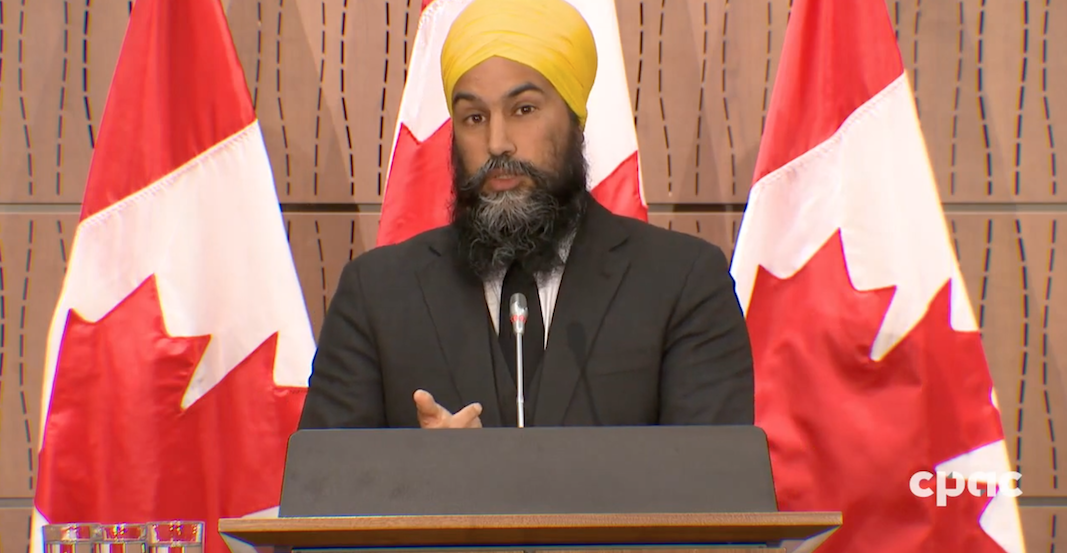 NDP Leader Jagmeet Singh addressed comments he made that got him kicked out of the House of Commons in a press conference Wednesday afternoon.

Singh exchanged words with Bloc Quebecois MP Alain Therrien, after which Singh called Therrien a racist when he did not give consent to Singh’s motion on addressing systemic racism in the RCMP.

When he refused to apologize, Singh was asked to leave by the House Speaker.

“It’s true, I called him a racist, and I believe that so,” said Singh in the House.

In his press conference, an emotional Singh addressed the incident and why it elicited such a response.

“We’re in a moment right now, as we all know. There’s been people taking to the streets demanding action on systemic racism,” said Singh in the press conference.

“Thousands of people across the world are saying we need to do something about it. For a lot of racialized people, for a lot of Black and Indigenous and people of colour, this has been a problem in Canada as well. Systemic racism exists in Canada.”

In his motion, Singh was asking that the House recognize that there is systemic racism following the deaths of “several Indigenous people at the hands of RCMP.”

In addition, he called on the government to commit to the following actions:

“We also have seen some horrible examples in the past couple of months. We see these images that are burned into our minds — images of Indigenous people being beaten up and brutalized, and then we’ve seen the RCMP involved in the killing of Indigenous people,” said Singh.

Singh went on to say that for the House to collectively acknowledge that this racism exists is an important step in addressing the issue.

“The motion was a pretty simple motion. Tackling systemic racism is going to take a lot of work and a lot of effort, but there’s some clear steps we can take, and one is to call out,” he added.

Singh says that when he brought forth the motion, he heard mostly “yes,” until he heard one no, first quieter, and then again loudly.

“I look back and he saw me look back, kind of shocked that anyone would say no to this motion: clear federal jurisdiction, a clear path to do some thing about systemic racism, in a moment where everyone’s demanding action, and I looked back and I saw that,” he said.

“Not only [to] say no, but make eye contact with me, and just kind of brush his hand [and] dismiss it. And in that moment, I got angry. I’ll be honest with you, I got angry.”

He continued, “But I’m sad now. Because why can’t we act? Why can’t we do something to save peoples lives? We can do something, and why would someone say no to that?”