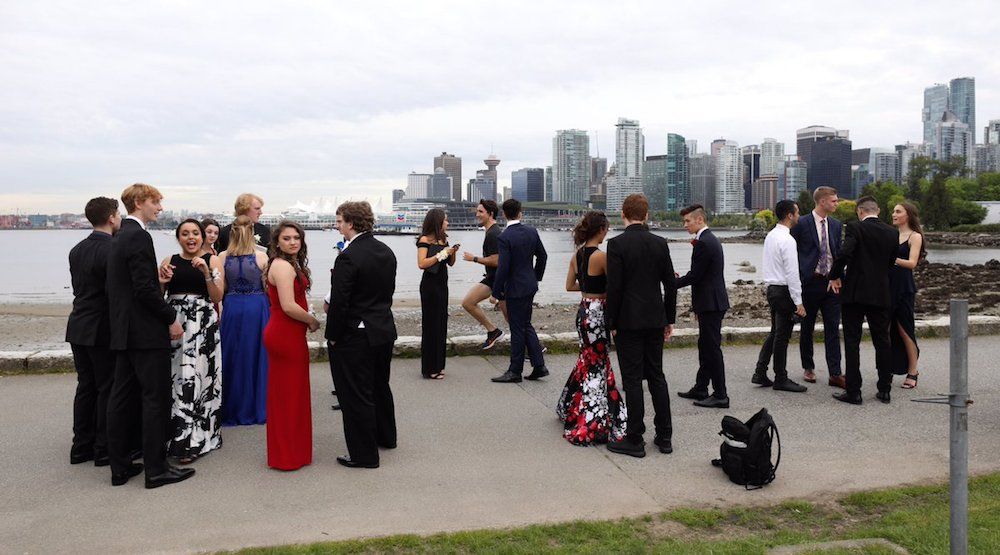 You never know when or where you may run into Justin Trudeau.

The prime minister was taking a jog along the Stanley Park seawall yesterday when he ran past a group of teenagers getting ready to snap some photos before prom.

Most of them didn’t seem to know that Trudeau was just metres away from them.

And just in case you’re having a ‘Where’s Waldo?’ moment spotting Trudeau… 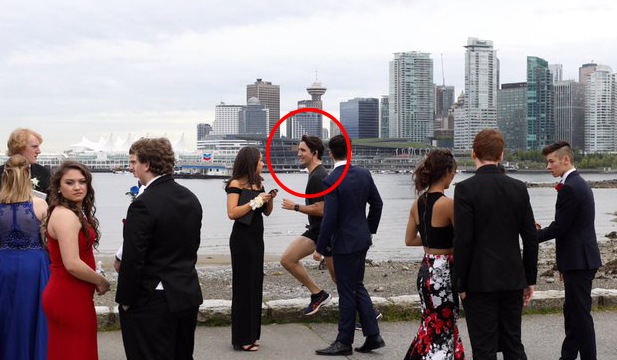 This makes for one of the coolest prom photos ever, and it was taken by Trudeau’s official photographer Adam Scotti.

Daily Hive was later informed that Trudeau stopped to take a proper pre-prom photo with the students, and it made for an epic prom moment. 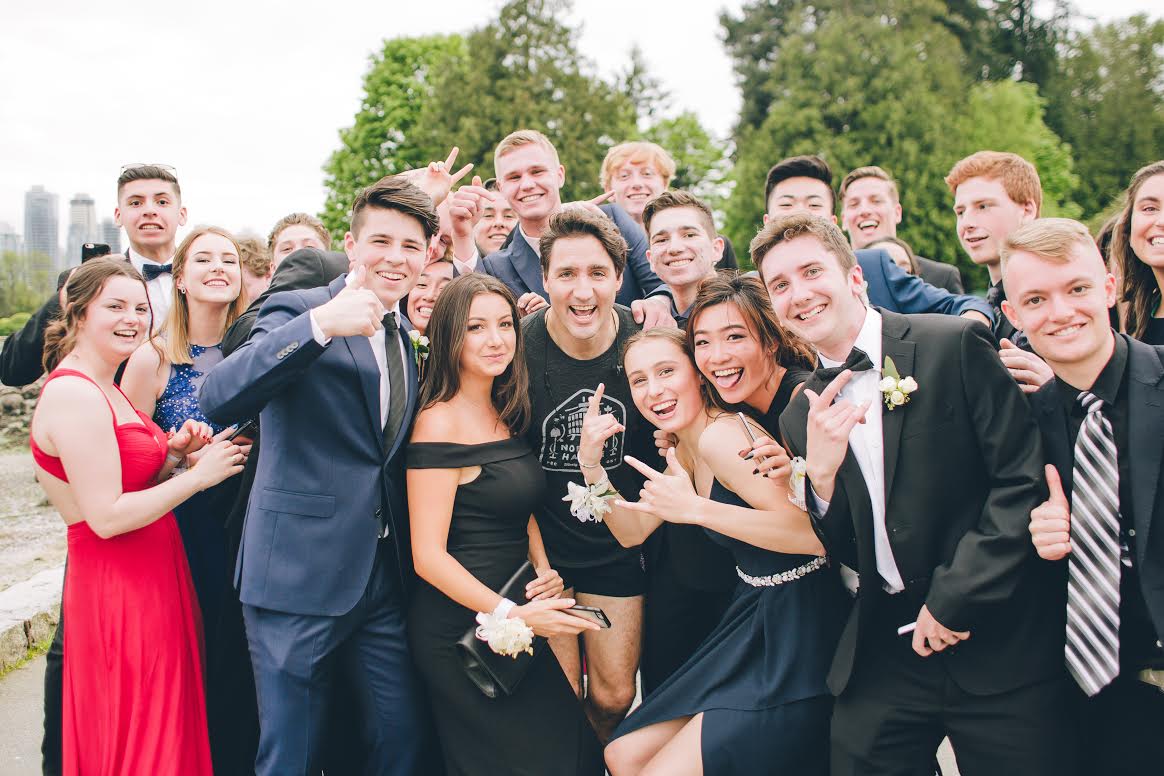 The prime minister has been in town for the past week. Yesterday, he visited a group of preschoolers in Surrey, which also made for another very cute photo op.

In the run up to the 2015 election, Trudeau was spotted climbing the Grouse Grind. He outpaced the media and RCMP security entourage that followed him with a completion time of 54 minutes 55 seconds.

Last summer, Trudeau also had another photobomb moment when he was accidentally photographed in a Tofino wedding photoshoot.