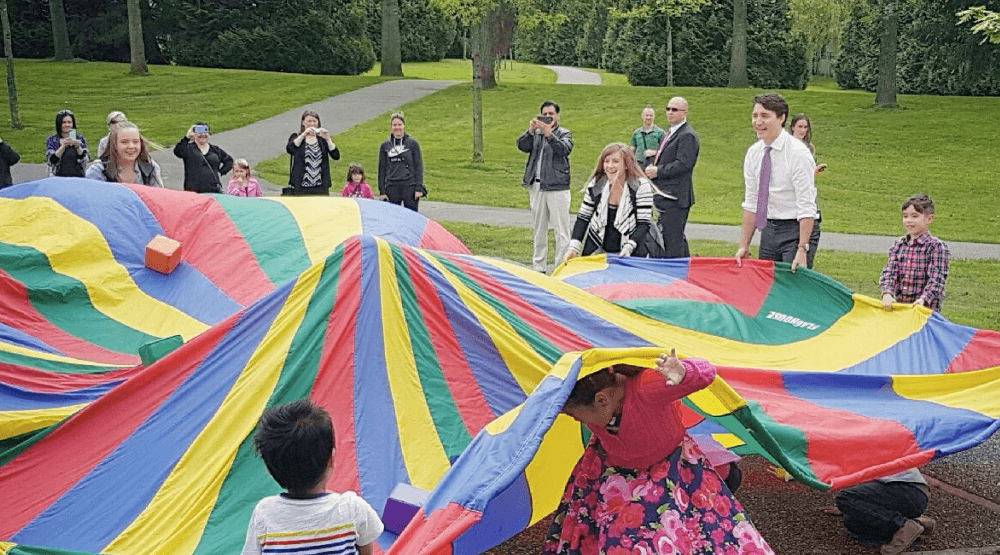 The Prime Minister is in Surrey to discuss the Canada Child Benefit. But he made some time to hang out with the preschoolers and play some parachute games with them. 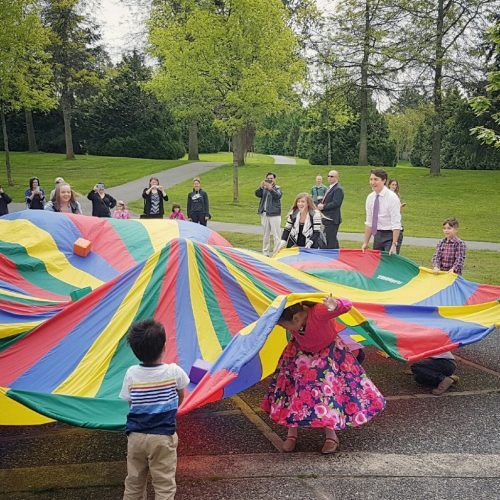 Trudeau began his west coast tour earlier this week when he stopped in Redmond, Washington, to promote Canada’s technology sector at the Microsoft CEO Summit.

Getting a different perspective this afternoon – thanks to the team at @EA for the motion capture demo & tour. pic.twitter.com/I8HHBYFjXi

Trudeau will spend the rest of his Friday meeting with the Filipino and Sikh communities in Surrey and Abbotsford.