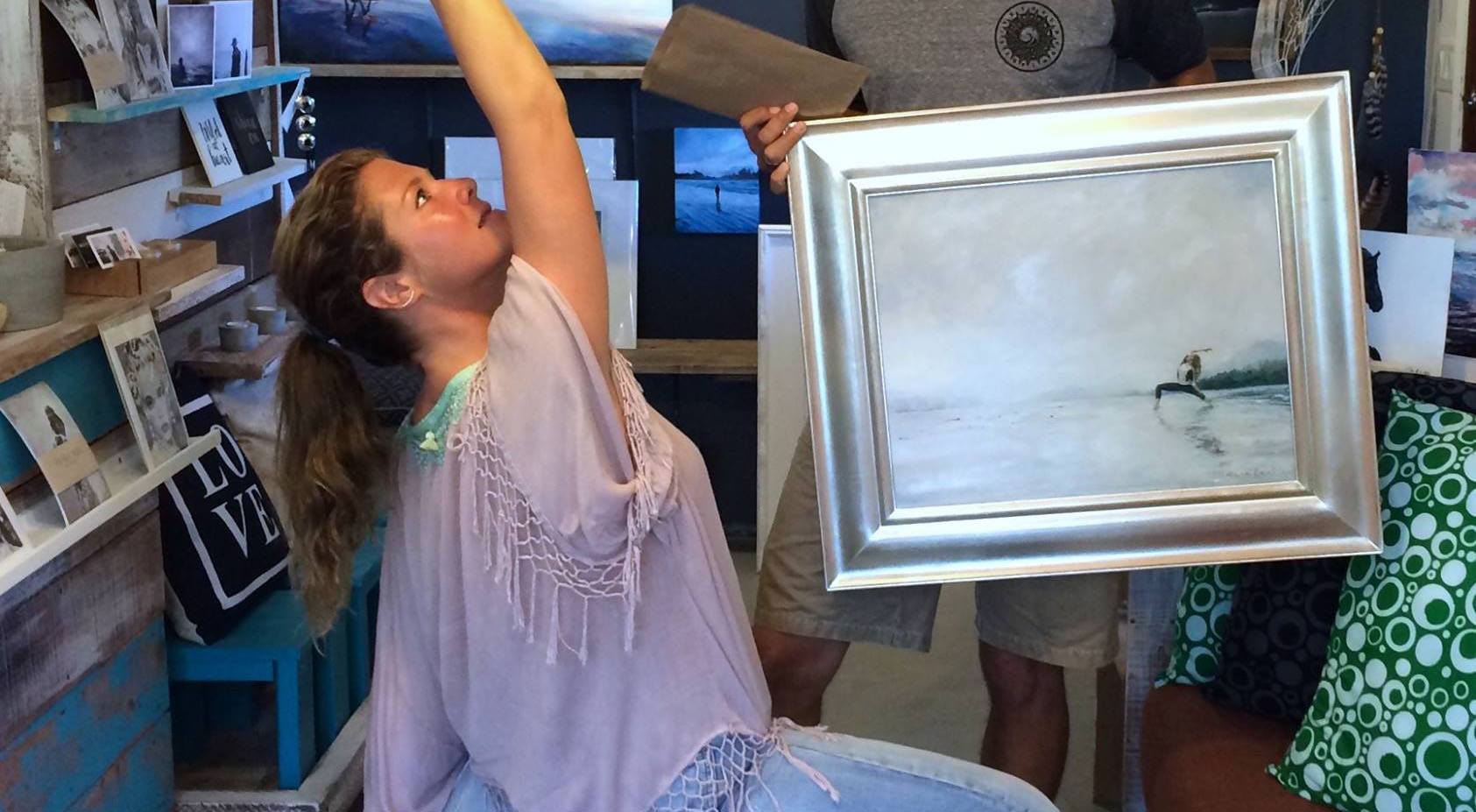 It seems Tofino has hit peak meta Trudeau, after Justin Trudeau and his wife, Sophie Grégoire Trudeau bought a painting of her doing yoga on a local beach.

In a Facebook post, local artist Deanna Lankin said she spent a night painting the piece “crazy, manic, geekin’ out,” after hearing the couple may come into her store on Monday.

The prime minister and his wife recently holidayed in BC, where Trudeau was spotted emerging shirtless from a Tofino cave, and photobombing a beach wedding.

“I believe that these two are among the most inspiring, uplifting and influential people living and was stoked at the opportunity to meet them,” wrote Lankin.

“I became suddenly inspired to paint something new and exciting to have in the space in case they came in,” who said she stayed up until 4 am painting.

For her subject, Lankin said she decided to paint a take on a beach yoga photo by fellow local Chris Pouget – but with the addition of her idol in an “exalted warrior” pose.

“When I looked at the picture again, I realized that it was shot on the beach that the Trudeaus are staying at in Tofino and that Sophie is a yoga instructor!…So I did it.” 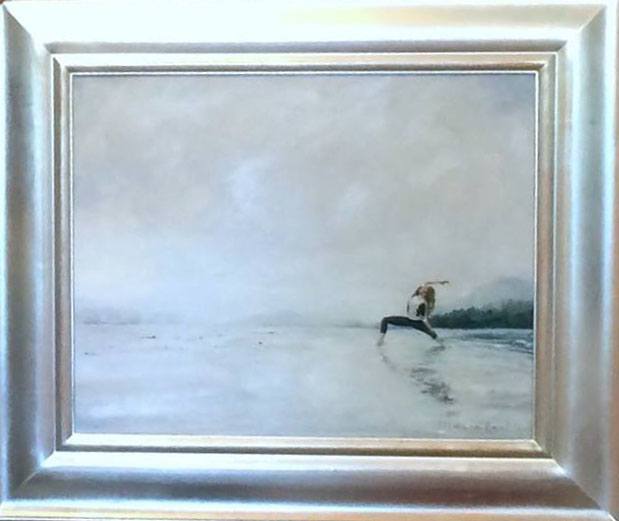 The next day, as predicted, Lankin’s “personal hero” Sophie Grégoire Trudeau walked into the store, the House of Alaia.

“She is amazing,” wrote Lankin. “Her dedication to raising awareness towards feminism, mindfulness and self-worth inspires me to no end. It was an honour to hold space with her.”

After some jewellery shopping, says Lankin, she showed Grégoire Trudeau the painting, but was interrupted by the couple’s driver who whisked her away to another engagement.

But Lankin didn’t give up hope – and soon, Justin Trudeau’s security guard was also visiting the store to look at her paintings.

“He saw the one of Sophie and said, ‘Does her husband know this is here?'” writes Lankin.

“I said, ‘No, I don’t think so.’ I gave him one of my cards and he left. I went to bed last night and visualized them both coming in for a very long time.”

And then, on Tuesday, Lankin’s dreams came true. Her “King and Queen” came into the store together – and bought the painting.

Lankin called it “one of the proudest moments of my life.”

“If there is something that you want in this life put it out there! Go for it! Anything is possible.”