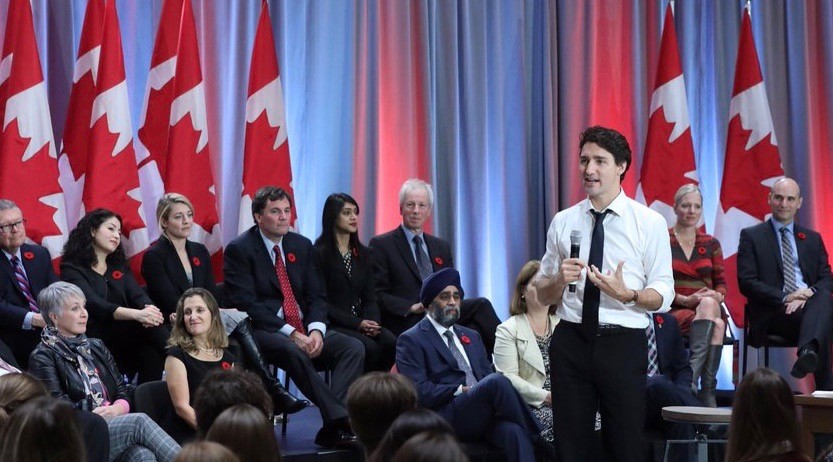 Yesterday, Prime Minister Justin Trudeau released a statement on the result of the US election in which he congratulated Donald J. Trump on his election as the next President of the United States.

And now the two leaders have formally talked on the phone.

I’ve just spoken with President-elect Trump – and we agreed to meet soon to keep building the Canada-US relationship.

Last night, the PMO confirmed this news, releasing a statement that included both Trudeau’s and Trump’s discussion and agreement of the importance of the Canada-US relationship. As well, the statement also included Trudeau’s invitation to President-Elect Trump to “visit Canada at his earliest opportunity.” President-Elect Trump reportedly offered Prime Minister Trudeau the same invitation to the US.

As of right now, there is no set timetable for the two leaders to meet for the first time.