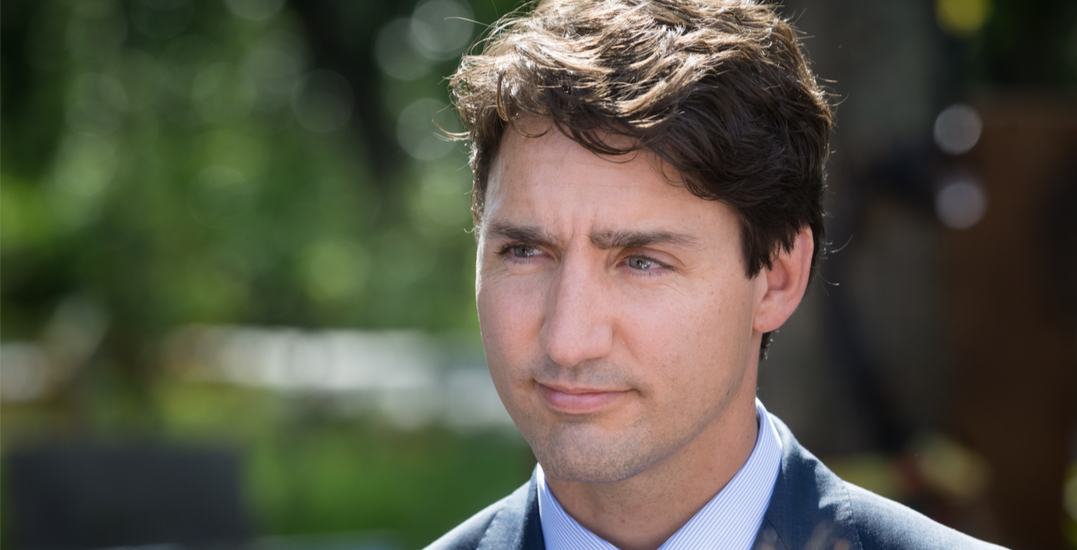 Liberal Leader Justin Trudeau says when he first sought public office more than a decade ago he never told anyone that he had worn black- and brownface years earlier because he was too embarrassed.

Outrage hit Trudeau’s re-election campaign late Wednesday following the release of a 2001 photo of him dressed as Aladdin in a huge costume turban, his face and hands coloured with makeup.

Trudeau apologized for the decision and acknowledged making himself up to look dark-skinned was racist. He also admitted to wearing blackface for a performance when he was in high school, singing Harry Belafonte’s “Banana Boat Song (Day O).”

More images of Trudeau in skin-darkening face paint, including a video from the early 1990s, have since surfaced.

Speaking to reporters Thursday in Winnipeg, Trudeau said he hadn’t recalled some of those earlier images and that he didn’t see at the time that it was wrong because of his advantaged upbringing.

“I never talked about this — quite frankly I was embarrassed,” he said when asked whether he had mentioned it during the vetting process before entering politics.

“It was not something that represents the person I’ve become, the leader I try to be, and it was really embarrassing.”

Trudeau says he deeply regrets his behaviour and that he understands the hurt he caused for people who face intolerance.

The story has made headlines around the world and has threatened to damage his attempt to win re-election in what was already seen as a very close race.

On Wednesday, Trudeau told reporters he only recalled two instances where he wore blackface. The video released Thursday was a third.

When asked if it’s possible there are other instances, Trudeau said he was “wary of being definitive about this” because he didn’t remember the latest images.

“I think the question is: ‘How can you not remember that?'” Trudeau said.

“The fact is I didn’t understand how hurtful this is to people who live with discrimination every single day. I have always acknowledged that I come from a place of privilege — but I now need to acknowledge that that comes with a massive blind spot.”

In an effort to deal with the fallout of the controversy, Trudeau delayed his campaign plans Thursday to make phone calls to Liberal party candidates and to leaders in different ethnic communities across the country.

Trudeau has represented the highly diverse riding of Papineau, in the heart of Montreal, since 2008.