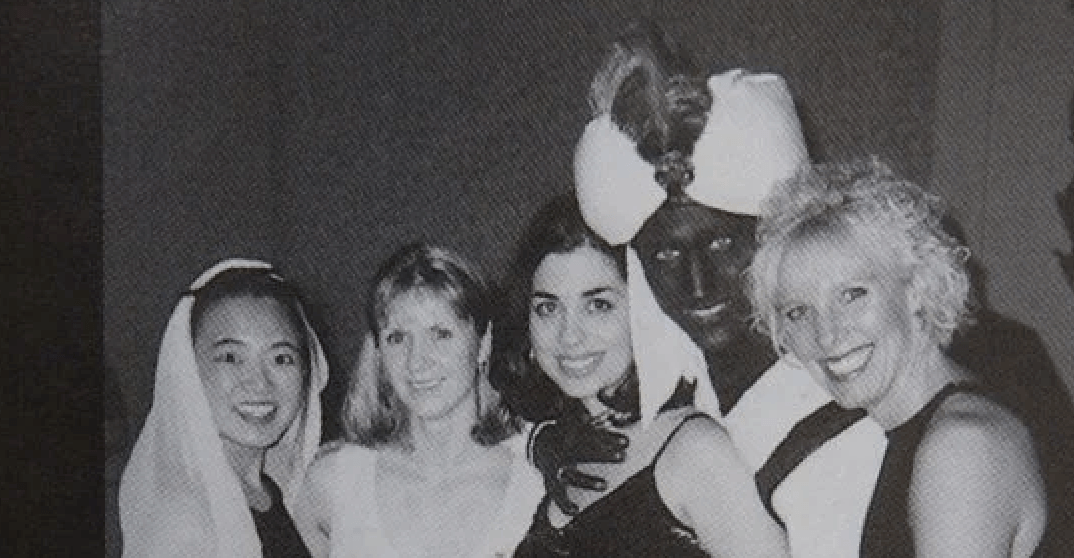 A photo of Liberal Party Leader Justin Trudeau in brownface at a Vancouver party in 2001 has now surfaced online, thanks to an exclusive published today in TIME magazine.

According to TIME, the photo is from a high school yearbook, and was taken at West Point Grey Academy, a private school in Vancouver, where Trudeau was a teacher at the time.

The event was reportedly an “Arabian Nights”-themed gala.

In its report, TIME said it had obtained the photo back in July of this year, but waited to release it until it was verified by Trudeau’s campaign office.

Reaction to the photo was swift, with NDP leader Jagmeet Singh saying the photo was “making a mockery of someone for what they lived, and what their lived experiences are.”

Trudeau, said Singh, “needs to answer for it, and answer the question, as to why he did that.”

Singh also questioned what the photo says “about what he thinks about people who because of the colour of their skin face challenges, and barriers, and obstacles in their life.”

The National Council of Canadian Muslims said seeing Trudeau in the picture was “deeply saddening, and called the incident “reprehensible.” Executive Director Mustafa Farooq called on the PM to apologize.

“While we recognize that people can change and evolve over two decades, it is critical that the Prime Minister immediately and unequivocally apologizes for his wearing of brownface/blackface,” Farooq said in a statement.

Speaking about the incident not long after the photo surfaced, Trudeau said he “shouldn’t have” done it, and apologized for the incident.

“I should’ve known better, but I didn’t, and I’m really sorry,” he said. “Obviously, I regret that I did it.”

Speaking about the nature of the photo, Trudeau said he “didn’t consider it a racist action at the time, but now we know better. I made a mistake when I was younger. I should have known better then, and I didn’t.”

Trudeau said he was “pissed off”  and “disappointed” with himself, and that he’s going to be “asking Canadians to forgive me.”