Just when you thought Warner Brothers couldn’t screw up the DC Cinematic Universe anymore, they say, “Hold my beer” and give us Justice League.

Starring Ben Affleck, Henry Cavill, Amy Adams, Gal Gadot, Ezra Miller and Jason Momoa, Justice League has the star power that does anything but shine. Let’s just say it was pretty evident that a few of the actors fulfilled their contractual obligations and are ready to move on. 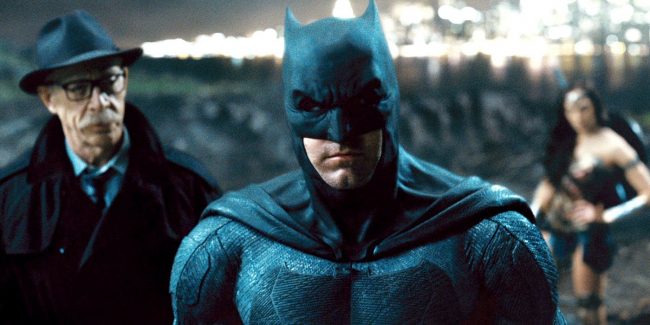 Ben Affleck, who I actually thought was a strong Batman in last year’s debacle Batman v. Superman: Dawn of Justice, looked like he was going through the motions. There was no spark in his eyes as he stumbled around as a clunky, lifeless Bats. There has been some buzz for a while now that Affleck will be hanging up the cape and cowl soon, and after Justice League, you can pretty much count on it.

Outside of last summer’s Wonder Woman, Warner Brothers/DC has completely dropped the ball on their superhero universe to the point that it’s an embarrassment. It angers me as a critic and as a fan of comics that studios continue to throw good money after bad.

What’s really fascinating to me is how much of the marketing of the film has been focused on the Princess of the Amazon. You can’t blame them really. It’s kind of ironic considering last summer Warner Brothers really didn’t give Wonder Woman the same kind of promotional push as BvS or Suicide Squad got the year before. But after its meteoric rise and somewhat surprising success, Diana quickly became the big shining beacon they’re using to sell you on Justice League.

In fact, if you value all those pleasant Wonder Woman memories you had last summer, do yourself a favour and avoid Justice League like the plague.

It’s a terrible movie that will make a boatload of money. But how much bank a movie like this makes says nothing about the quality. It hurts me that more people will rush out to see this garbage rather than Bladerunner 2049. 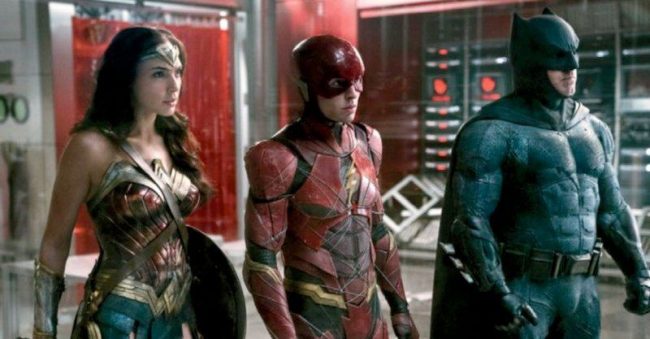 We shouldn’t be surprised by this gigantic flop because the entire production has been marred by reshoots and supposed studio interference. It has had more delays than a Vancouver Skytrain.

It didn’t help that director Zack Snyder had to depart from the project due to the tragic death of his daughter. Joss Whedon stepped in to finish the film which included two months worth of extensive reshoots that cost an estimated $25-million. It was essentially two visions crammed into one film.

Quite frankly it was a movie that was rushed and should have never been made. 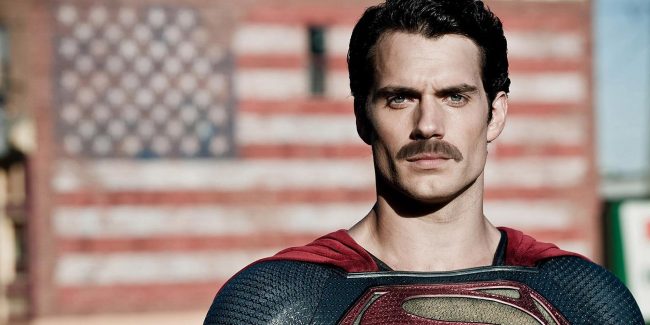 It’s discouraging when a flick is considerably less than the sum of its parts. Not to mention when it looks like a film that was dipped into the CGI vat and made to look like a plastic, clunky cartoon that just so happens to have human actors in it.

The VFX is awful and it gets to the point of hilarity when they try and hide Henry Cavill’s big moustache. Cavill, who at the time of reshoots had already moved on to Mission Impossible 6, wasn’t allowed to shave off his bristly upper lip and so they had to try and CGI it off. If you know what you’re looking for you can see their handy work and it’s painfully obvious that it was challenging to wipe out Cavill’s Tea Strainer.

Oh crap. Spoiler alert. Superman is in the movie! I know, he died in BvS. Oh crap, I did it again. Just to be fair it’s not a spoiler when Cavill has been doing the press for the film, has his name in the credits, and is in the movie poster! They were never going to have a Justice League without Superman folks.

But trying to hide some facial hair is not nearly as bad as the CG abomination that was the anvil-headed demon baddie named Steppenwolf. He should have taken a Magic Carpet Ride right out of the film because that was the dumbest looking villain I think I have ever seen in a superhero flick. It’s up there with Mr. Freeze and Malekith the Accursed but I digress. 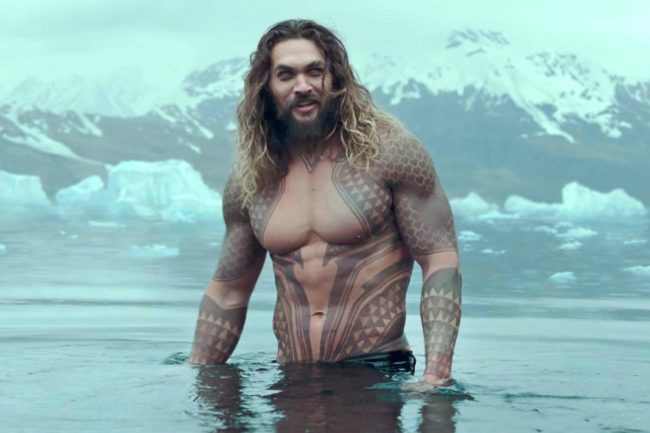 However, most of the film is focused on the heroes. Without much backstory, we are supposed to care about The Flash (Ezra Miller) who clowns around throughout the film and is nothing more than a flash in the pan.

The same can be said for Aquaman (Jason Momoa) who looks great with his shirt off, but the fish talker really brings nothing but a damp performance. Cyborg (Ray Fisher) shows up and does a pretty good job of being completely robotic to the point where you really don’t care about the Tin Man or his heart. Finally Gal Gadot as Wonder Woman has a couple of bright spots, but she falls victim to the really cheesy dialogue. Sigh, it’s a shame because she might have been able to bring some Justice to this League of atrocities.

WB/DC have really wanted that Marvel Cinematic Universal success and I can understand why, but I feel they put far too much focus on creating a Universe rather than creating great standalone films. What they ended up doing was serving us a big plate full of mediocrity and complete failure for the last couple of years now. 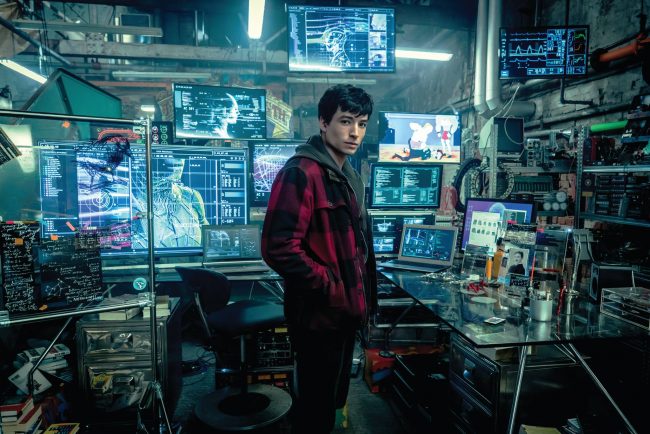 After the previous films, people complained that the DC Universe was too dark and dreary so I guess Warner heard that criticism and tried to brighten the place up. They attempted to give Justice League that Marvel shine but what we got instead were feeble attempts at jokes and an awkwardly smiley Batman. The biggest laughs came from the terrible dialogue that wasn’t meant to be lol inducing.

If you haven’t figured it out by now, Justice League is garbage. There is nothing redeeming about it. I understand that kids are going to want to see it and they don’t care about the issues I stated above, but honestly, wait to rent it at home.

If you need to scratch that superhero itch than check out Thor: Ragnarok or spend your money on great cinema like Bladerunner 2049, Lady Bird, and soon to be released Three Billboards Outside of Ebbing, Missouri. Those movies deserve to be supported.

Justice League gets a 1 out of 5 from me. It’s the worst.

If you happen to make it to the end of the film, there is an after credits scene that is groan-inducing.