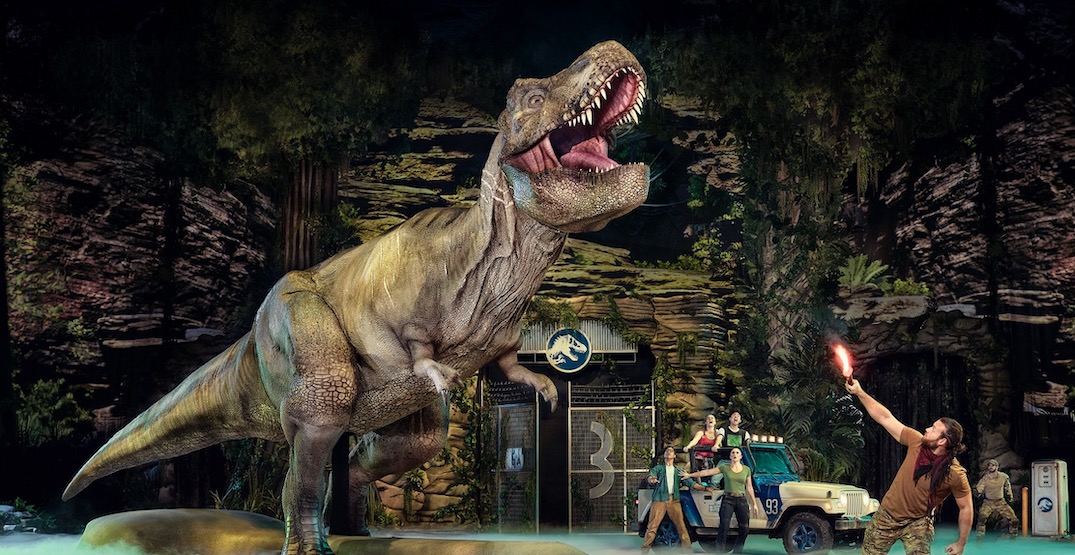 Take in yet another adventure 65 million years in the making — but in an intimate, stunt-packed, nostalgia-inducing arena live show format.

The new Jurassic World Live Tour — the first-ever live show production developed for the storied Jurassic Park universe — will make its Canadian debut in Vancouver at Pacific Coliseum on May 21 to 24.

Expect the most iconic dinosaurs from the franchise, including the Velociraptor Blue and a 40-ft-long Tyrannosaurus Rex that takes centre stage on the arena floor. In total, the production features over 20 film-accurate, life-sized, animatronic, and performer-operated dinosaurs, with each dinosaur built with the latest technology and Hollywood studio quality.

These dinosaurs are accompanied by real Gyrospheres, digital projection, special effects, and a continuous stream of impressive stunts. 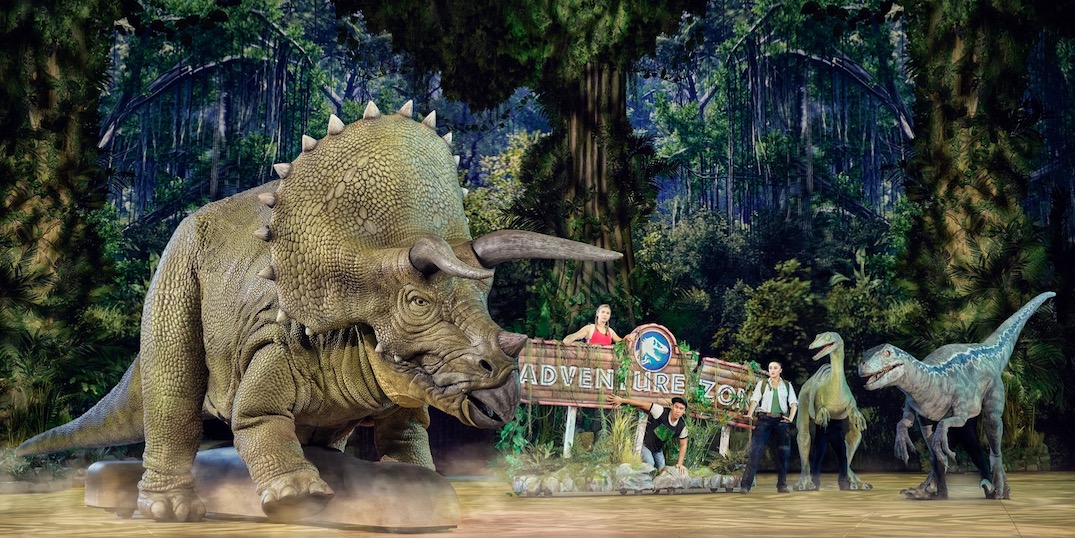 Brand new characters and villains have been created for this live show, an extension of the universe that evolved from the original Michael Crichton novels of John Hammond’s dream of a dinosaur theme park on Isla Nublar, a remote island off the coast of Costa Rica.

The compelling storyline provides a nod to fans and stays true to the series; Jurassic World Live Tour takes place between the cinematic events of Jurassic World, when Hammond’s dream is finally realized but short-lived after the Indominus Rex escapes, and the volcanic destruction of the island in Jurassic World Fallen Kingdom.

With the park closed, a team of scientists is tasked with uncovering InGen’s corrupt plan of exploiting the remaining dinosaurs, specifically rescuing an all-new dinosaur named Jeanie. 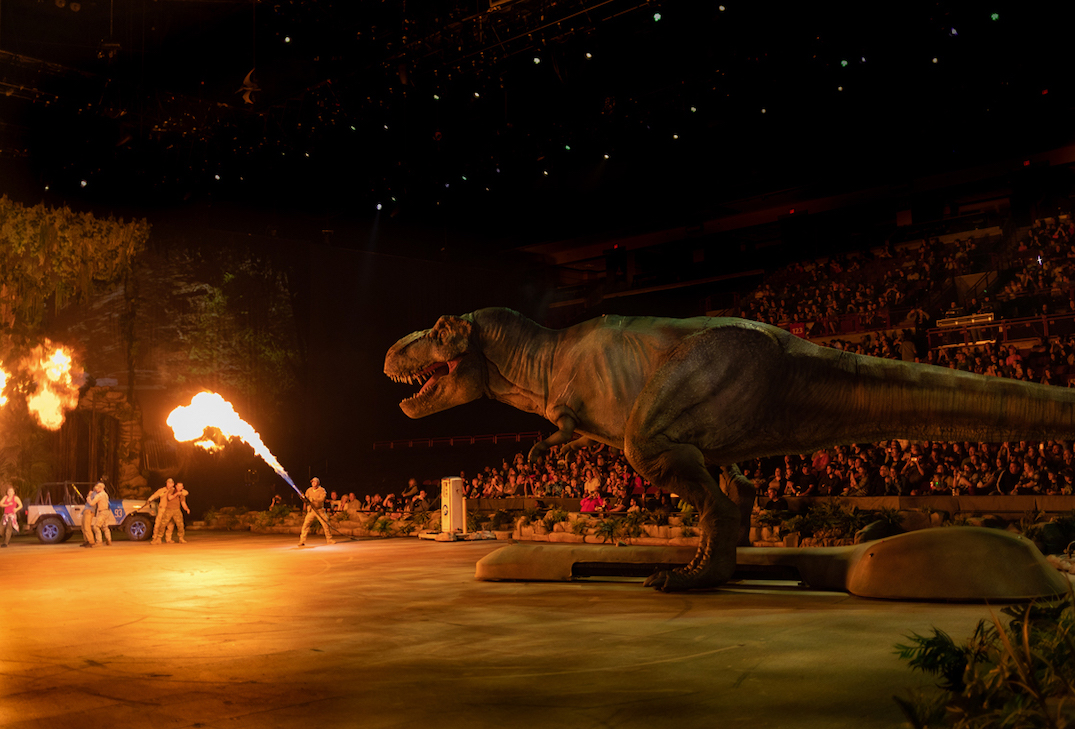 “Working with a world-class production team and Universal filmmakers, we have extended the Jurassic World canon with a new story that can only be told through this live, arena spectacular as we bring full-scale dinosaurs to generations of fans around the globe,” said Juliette Feld Grossman, COO of Feld Entertainment, in a statement.

“We have maximized the power of everything we do at Feld Entertainment, pushing the boundaries of technology and innovation to ensure audiences have an authentic, awe-inspiring experience,” continued Grossman.

“Fans will leave with a sense of wonder, as if they’ve boarded the boat to Isla Nublar and literally stepped into Jurassic World.”