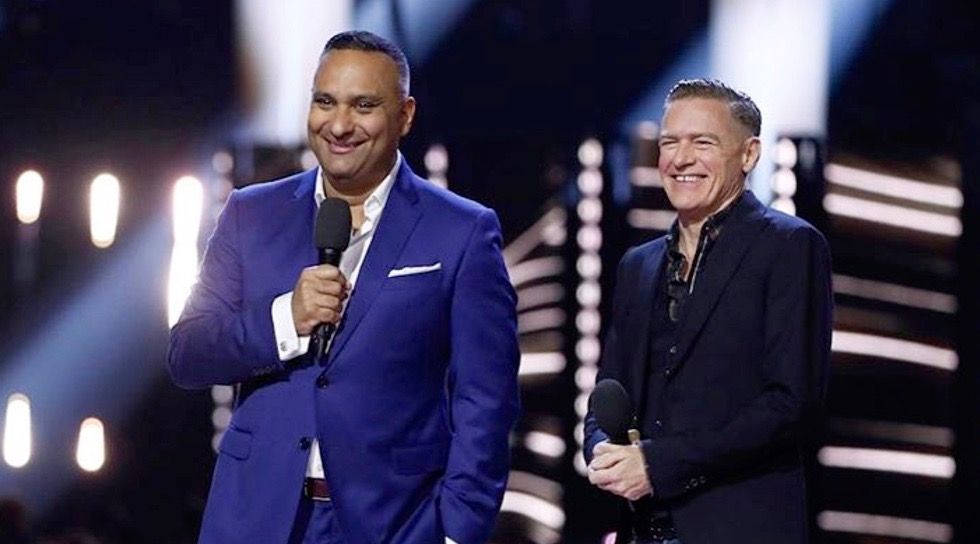 It doesn’t look like Russell Peters will be hosting the Junos again anytime soon.

Two “off-script” comments in particular, made during the Junos’ live broadcast on Sunday night, have caused major backlash among Canadians, including Canadian Heritage Minister Melanie Joly, who was the centre of one of Peters’ polarizing remarks.

While Joly and musician Coleman Hell were being introduced as presenters of an award by Peters and Juno co-host Bryan Adams, Adams went from his words about Hell to say, “With him is the Minister of Heritage, Melanie Joly.” Peters quickly quipped, “I don’t know why, but she’s hot, so who cares?”

Peters other unscripted remark came as his show opener. As he walked on stage he looked around at the audience and said:

“There’s a lot of young girls here. This is a felony waiting to happen.”

Needless to say, Twitter had an opinion, including former Juno winner Tanya Tagaq:

Russell Peters fucked it all the way up at the Junos

While many others have come to the comedian’s defence:

#junos hires a comedian known for offensive comedy, gets shocked when he says something offensive. It’s Russell Peters what did they expect?

#Junos2017 hires a comedian host , but can’t take any jokes.. people are too sensitive these days. @therealrussellp #bramptonboy #gorussell

Whichever way you’re leaning on this issue, it’s clear that Allan Reid, President & CEO of Canadian Academy of Recording Arts and Sciences, and the Juno Awards were not fans of Peters’ spontaneous insights, and they have now issued an offical apology.

You can read Reid’s official statement in full below:

On behalf of CARAS and The JUNO Awards, I want to address the comments made by Russell Peters on our broadcast on Sunday, April 2. We do not, in any way support, nor did we sanction, the off-script remarks Mr. Peters made in regards to the girls and women in attendance at the Awards, along with his inappropriate reference to the Honourable Minister Mélanie Joly.

CARAS and our charitable arm MusiCounts, conduct significant efforts to engage and support women, particularly funding initiatives for girls in school and community music programs. While we understand that there is still a lot of work to be done in these areas, we firmly believe the first step is empowering females.

CARAS, The JUNO Awards, and myself, deeply apologize for the upset this has caused. This incident is not reflective of any views held in our organization.