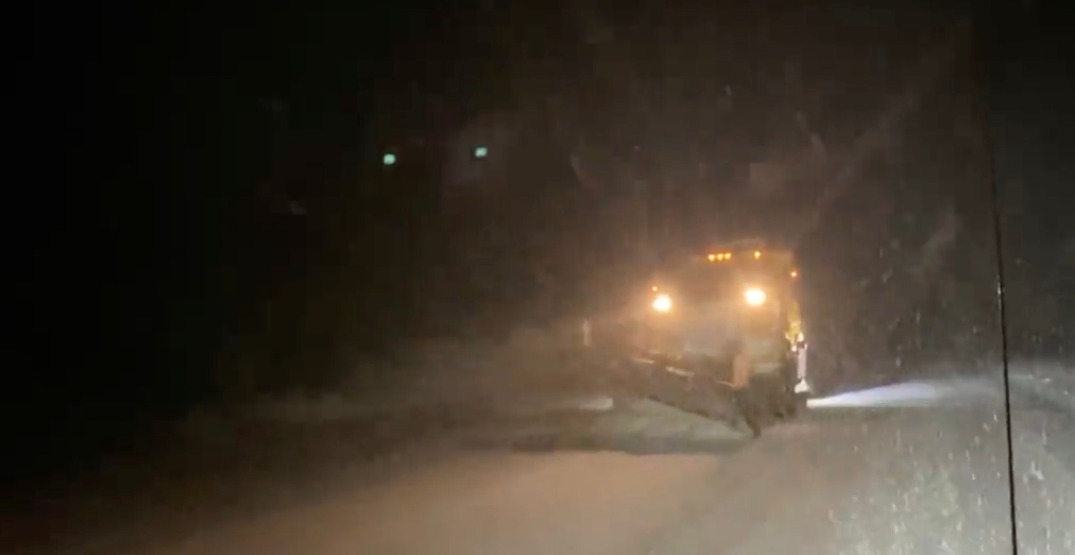 It’s Christmas in June in BC, as Environment Canada has issued a snowfall warning for parts of the province.

While the warning won’t impact the Lower Mainland or the surrounding area, if you’re travelling east by car you may want to proceed with caution.

Fifteen to 20 cm of wet snow is expected to fall on Highway 3 between Paulson Summit and Kootenay Pass. Parts of Elk Valley could see up to 10 cm.

The Juneuary snow is thanks to a low-pressure system over Alberta that is bringing prolonged rainfall to the region. Parts of Alberta face a state of emergency due to the same weather system.

On top of the snowfall warning, a heavy rainfall warning is also in place for parts of the BC Interior.

Snowfall accumulations will vary depending on elevation, and the wet snow is expected to transition into rain.

A Kootenay-based highway maintenance contractor shared a video of what almost looks like a blizzard in the region on Monday night.

Snow plows in June? Unfortunately this video is not fake. We have snow coming down at the top of #KootenayPass on #BCHwy3. Commercial vehicle chain up in effect
for WB traffic. Proceed with caution. @DriveBC @TranBC_WestKoot pic.twitter.com/e4id7czITy

After a year of weird weather in 2021, it seems like another unpredictable period of weather awaits us in 2022 as we head into the summer.