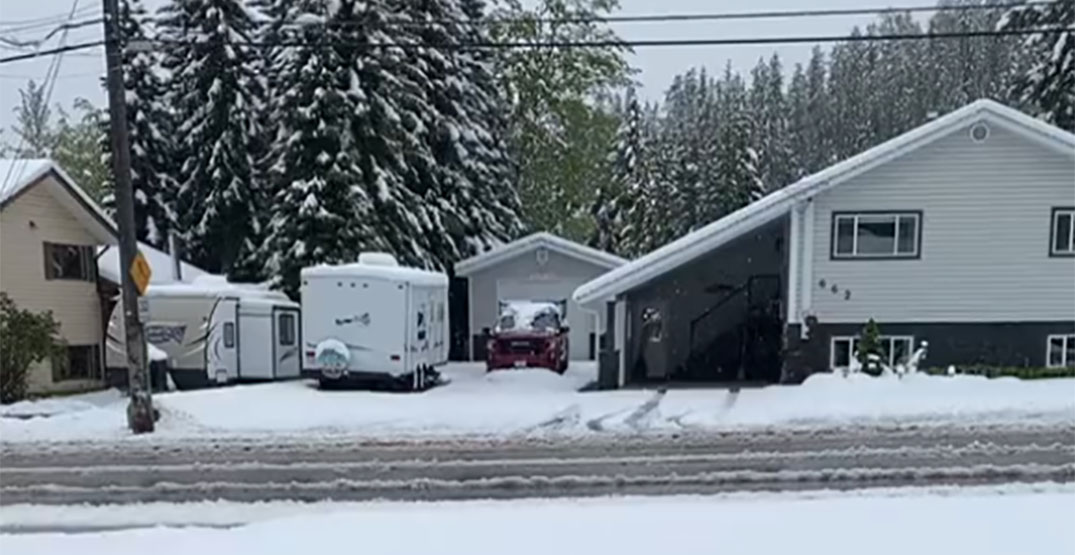 Parts of central BC were hit with several centimetres of mid-June snow yesterday with what’s supposed to be the beginning of summer feeling more like Juneuary.

TikTok user Kathleen Murray shared a video of the snow on the lawn of her southeast BC home, calling it white rain.

“I mean, at least I don’t have to water my flowers,” she said.

The video showed the thick snow blanketing yards, roofs, and turning to slush on the road.

Environment Canada issued a snowfall warning for parts of the province on June 14, calling for up to 20 centimetres of wet snow on Highway 3 between Paulson Summit and Kootenay Pass.

In addition, parts of Elk Valley were warned of up to 10 centimetres of snow.

The Juneuary snow is thanks to a low-pressure system over Alberta that is bringing prolonged rainfall to the region. Parts of Alberta face a state of emergency due to the same weather system.

On top of the snowfall warning, a heavy rainfall warning is also in place for parts of the BC Interior.

On Tuesday the City of Kelowna declared a Local State of Emergency over the flood threat from the rising rivers in the area.