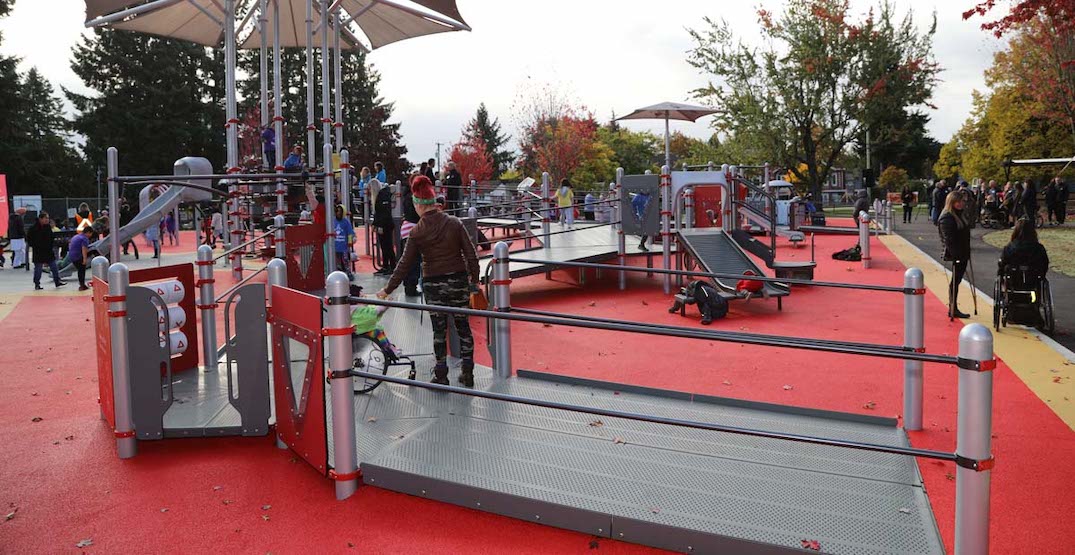 Kids playing at the new Jumpstart Playground at Unwin Park in Surrey. (City of Surrey)

Just in time for the Thanksgiving long weekend, a new major fixture has been added to a Surrey park, and it specifically benefits kids with disabilities.

A 12,000-sq-ft, universally-accessible playground that opened this week at Unwin Park in Surrey’s Newton is the city’s largest inclusive playground.

All of the playing spaces have accessible features and equipment, including double-wide ramps, rubber surfacing, and even a wheelchair-accessible “we-go-round.”

The Jumpstart Playground was funded by Canadian Tire’s Jumpstart Charities. The project was first announced this past spring. 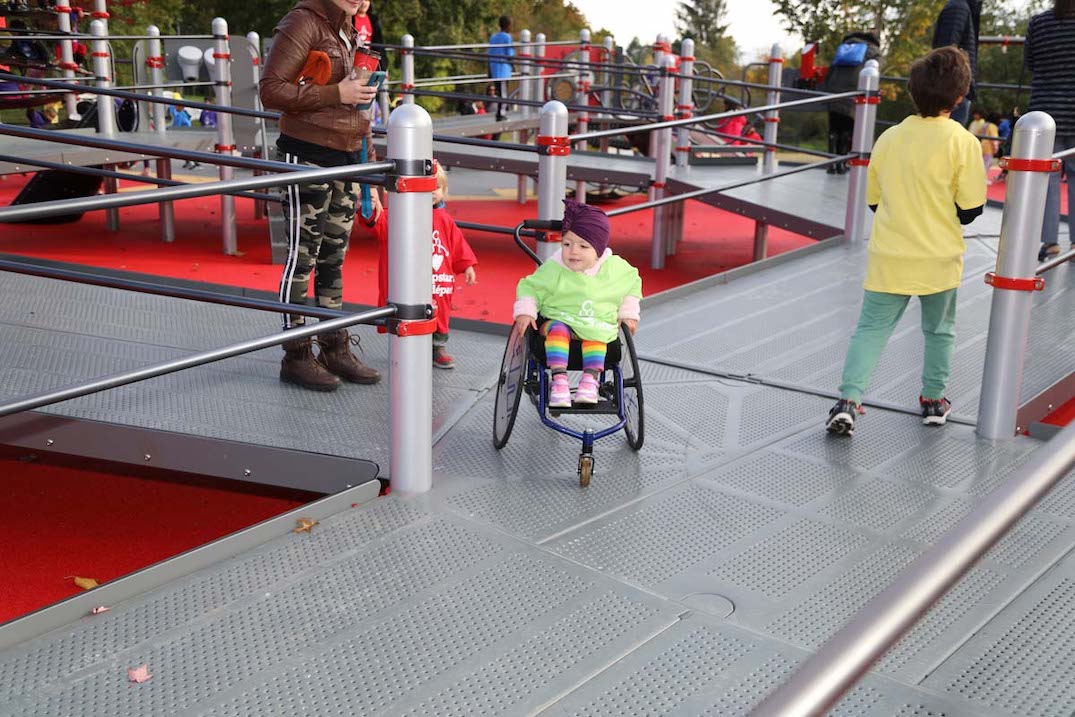 Kids playing at the new Jumpstart Playground at Unwin Park in Surrey. (City of Surrey)

“By playing, whether through organized sport or with friends on a playground, kids are given the opportunity to develop valuable life skills such as confidence, courage and teamwork,” said Scott Fraser, president of Canadian Tire Jumpstart Charities, in a statement.

Surrey mayor Doug McCallum added: “Creating spaces where residents of all ages and abilities can enjoy active play together is at the centre of our vision to advance as a thriving, healthy community where everyone feels welcome. We thank Jumpstart Charities for their partnership in bringing this inclusive playground to Unwin Park. It is a welcome addition that will be enjoyed by the community for years to come.”

This is the sixth Jumpstart Playground constructed by Canadian Tire’s charity to date. 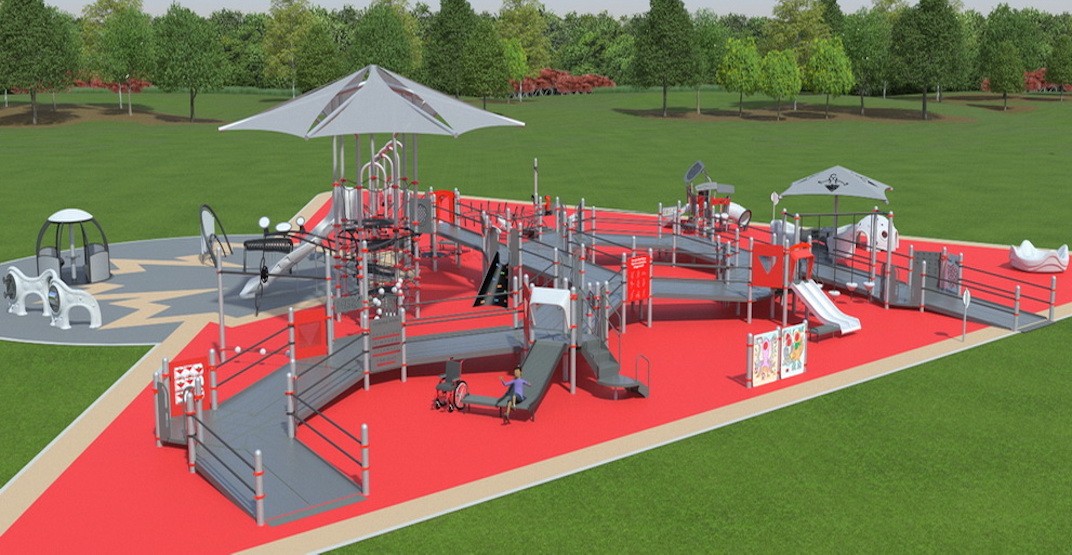 Artistic rendering of the universally-accessible playground at Unwin Park in Surrey. (Canadian Tire)