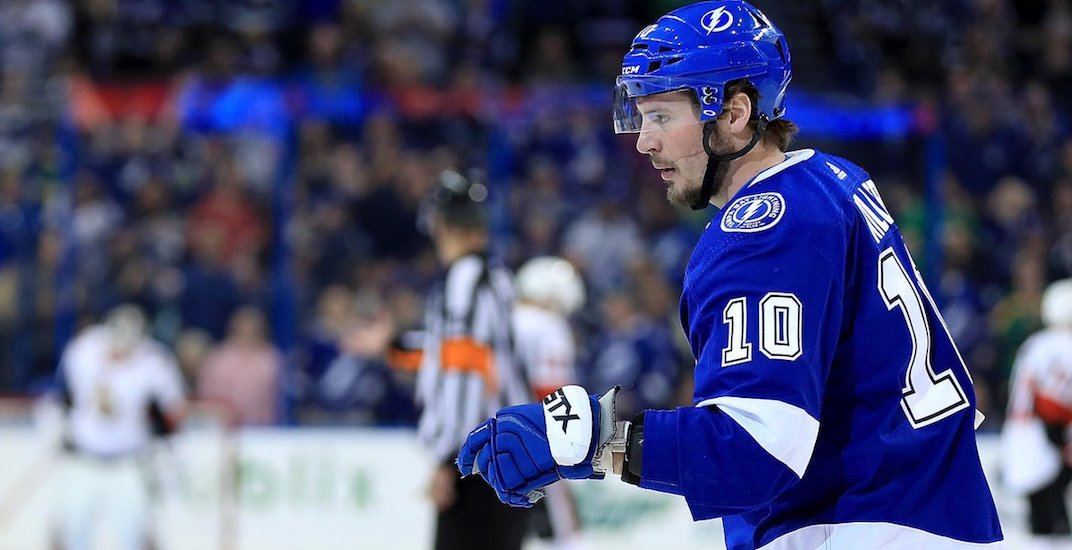 The Vancouver Canucks were lacking size and scoring on the wings last season. They sought to improve that with the addition of J.T. Miller, who joins the Canucks after just one full season with the Tampa Bay Lightning.

While the price to acquire Miller was steep, he joins the Canucks with a chance to surpass the 60-point mark for the first time in his career. He registered 47 points in a diminished role with the Lightning, but posted totals of 56 and 58 points in the two seasons prior. Miller also averaged 22 goals per season for three straight years before dropping to 13 goals last year.

The former first-round pick has lived up to his potential, and he’s been highly-touted ever since beginning his hockey career in East Ohio. Learn about that and more with these seven quick facts about him.

He’s one of three J.T.’s currently playing in the NHL, including Joseph Taylor Compher in Colorado and Joshua Thomas Brown of the Minnesota Wild.

2. Miller played hockey because of the Penguins

Although Miller was a native of Ohio, the home team for his family (no matter the sport) was Pittsburgh. East Palestine is about an hour drive away from Pittsburgh, and by the age of 12, his dad was driving Miller to practice three times a week, if not more.

However, Miller’s dad Dennis wasn’t a hockey fan for many years before J.T. was born. He primarily watched baseball and football but became a fan of the Pens after they won back-to-back Cups in 1991 and 1992, according to this profile of Miller.

He was hooked after that, and Miller was on skates before his second birthday.

3. Made local news at age 6 for hockey prowess

It was clear from a young age that Miller was going to be a good hockey player. As a kindergartener, he was already playing hockey competitively with eight and nine-year-olds.

“He’s flashy, sharp on skates and has dreams of the NHL,” said the newscaster during the local news clip. The clip appears around the 18-minute mark on the video below.

4. Once caused his babysitter to quit

The old saying “boys will be boys,” definitely applies to the Miller boys, especially after this one story told by Miller on an episode of “Beginnings.”

J.T. and his brother Matt were very close, but as most brothers do, they had their moments of competition.

While a babysitter was looking after the boys, they got into a fight, which ended in J.T. flushing Matt’s yo-yo down the toilet. According to Miller, two hours later, the ceiling in the kitchen was dripping. Twenty minutes after noticing the water, the whole ceiling above the kitchen caved in.

“It was just an absolute disaster over a yo-yo,”  said Miller.

The babysitter quit later that afternoon.

Miller was lucky enough to be named to the Team USA World Junior team two years in a row. Despite four points in six games during his first go-around, USA finished seventh overall after going 1-3 in the round-robin.

The next year during the 2013 World Juniors, Miller was an integral part of the American team that went from the relegation round to champions in just one year. His nine points were tied for the team lead with Johnny Gaudreau and Jacob Trouba.

It didn’t take long for Miller to bury his first NHL goal. In fact, his first two career goals came in his second career game – his first on home ice with the New York Rangers at Madison Square Garden.

Even more fitting, his goal came against their crosstown rival, the New York Islanders.

Miller ripped his first career goal past Evgeni Nabokov from in-close and scored his second on a breakaway chance.

While goals came easy for Miller in that game, he would soon learn that putting up points in the NHL wasn’t all that easy. He registered just two assists in 24 games during the rest of his rookie campaign. That drought would stretch to 35 games before he scored a goal 12 games into the 2013-14 season.

Will the Canucks training camp look anything like this for two of the newest Canucks?

Day one of #Canucks training camp…

Travis Green: Ok we got a lot of new faces here and the first thing we need to figure out is who wants to play left wing with Petey and Brock?

Yes, that is the two recently acquired left-wingers for the Canucks in Miller and Micheal Ferland scrapping it out back in a 2015 regular season game. Ferland got the takedown in the fairly even tilt. Will he also win the battle to play alongside Elias Pettersson and Bo Horvat?

Size and scoring on the wings is something the Canucks have desperately lacked in the past few seasons. They have that now with Ferland and Miller.