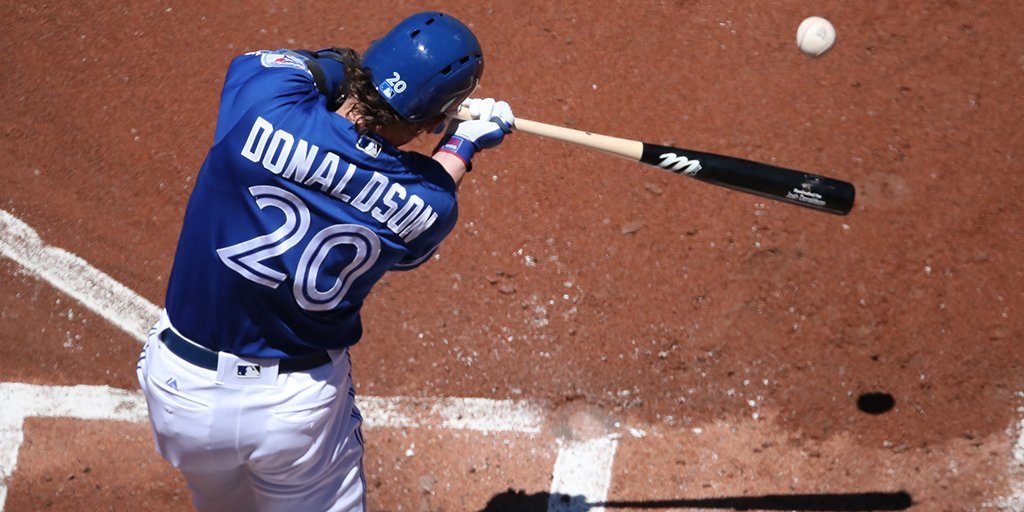 Josh Donaldson’s swing is a work of modern art. When the Blue Jays’ third baseman gets the barrel of the bat on the ball, watching his routine from start to finish is like poetry in motion.

It’s the kind of swing that Shakespeare would write sonnets about. Michelangelo would take one look at the Bringer of Rain going yard and paint his most beautiful masterpiece. Donaldson has the type of swing that would inspire Beethoven to write an award-winning symphony.

Since Beethoven isn’t around to appreciate just how gorgeous Donaldson’s swing is, somebody played pinch hitter for the greatest composer of all time and overlayed Beethoven’s Symphony No. 5 over his swing.

The result is something that’s so beautiful to the eyes and ears, it almost doesn’t seem real. A typical Donaldson swing which happens in a matter of a few seconds is slowed down and stretched out to a full 60 seconds. Trust me when I say it’s completely worth a minute of your time.

The slow-motion effect perfectly illustrates how many working parts are involved in the former MVP’s swing. It also gives one new appreciation what he’s able to do in the span of a few short seconds.

There’s a reason why this man is one of baseball’s best hitters over the last five years. With a swing like that, it’s no wonder Donaldson doesn’t make it rain every time he’s at the plate.

If you need proof that home run swings are better when they’re slowed down and given a famous soundtrack, just check out this one below – a Jose Bautista home run from a few years ago inexplicably set to some Kanye West.

For no reason at all – a Bautista/Kanye mashup that’s been sitting on my laptop for years. pic.twitter.com/TQLtvBUW7u

See? It works with practically everything.