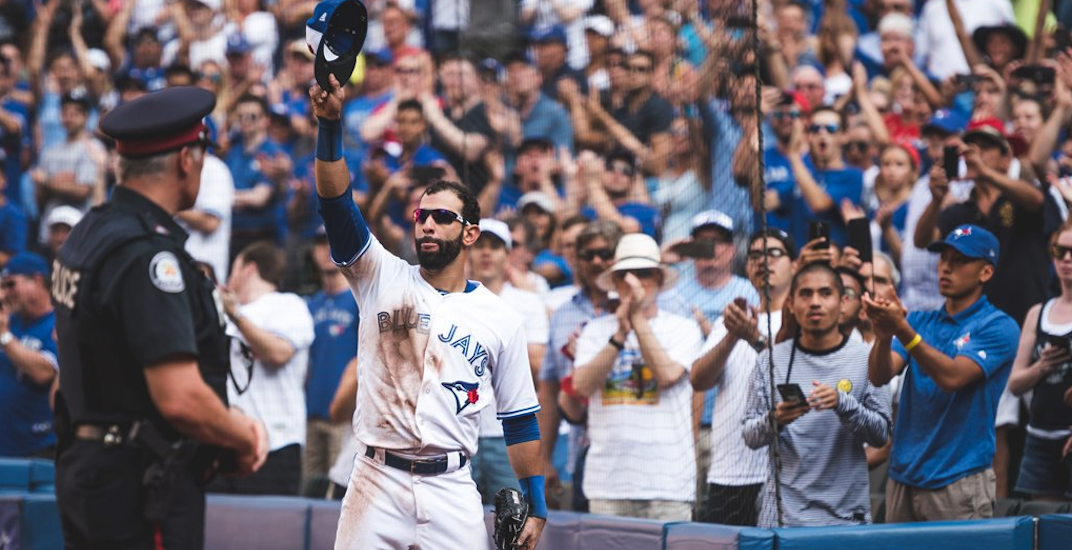 On the same day he’s set to make his debut with the Atlanta Braves, Jose Bautista took some time to reflect in a letter published in the Players’ Tribune.

While many fans know him for the home runs, the bat flips, and the bravado – the letter titled “Thank You, Toronto,” showed a humble, appreciative side Joey Bats.

“We teamed up for 10 straight seasons – and it’s crazy how they flew by,” Bautista wrote. “But man, at the same time……. I also want you to know: Those seasons meant everything to me. Decades in life don’t get any sweeter.”

Joining the team in 2008, Bautista appeared in 1235 games for the Blue Jays, hitting 288 home runs. One of the all-time greats in franchise history, he ranks second in home runs, runs, and walks; third in RBIs; fourth in slugging percentage; fifth in games played and on-base percentage; and sixth in hits.

It was a remarkable rise for Bautista with the Blue Jays, given that he was a 28-year-old journeyman with stints in Baltimore, Kansas City, Pittsburgh, and Tampa Bay on his resume before he arrived north of the border. But Toronto gave him a chance, and for that, he is forever thankful.

“When you traded for me, back in 2008, I was a part-time player – closer to 30 than 20 – who had already bounced around between four teams in this league. But you gave me a chance, a real chance, to come in and prove myself.

“That’s one of the things that I will always appreciate.”

Bautista never won a championship or made it to a World Series with Toronto, but he clearly had a special relationship with the fanbase.

“With me and Toronto, it’s always felt like there is this … almost deeper understanding there. We just get each other — it’s like we exist on this shared wavelength together.”

The 37-year-old looks back fondly at the two thrilling postseason runs the Blue Jays had during his time in Toronto, as the team appeared in the ALCS in back-to-back years in 2015 and 2016.

“It felt like we put Toronto Baseball back where it belongs.”

And really, it’s hard to argue with that.

The Blue Jays’ success in recent years has revitalized their profile not only in Toronto, but across the country. They’re top of mind again, something you couldn’t say when they were averaging under 20,000 fans per game in 2010.

Today Bautista said thanks, and if he can stay in the lineup with his new team, Blue Jays fans will get a chance to say thank you right back to him next month. Atlanta visits Rogers Centre on June 19 and 20.