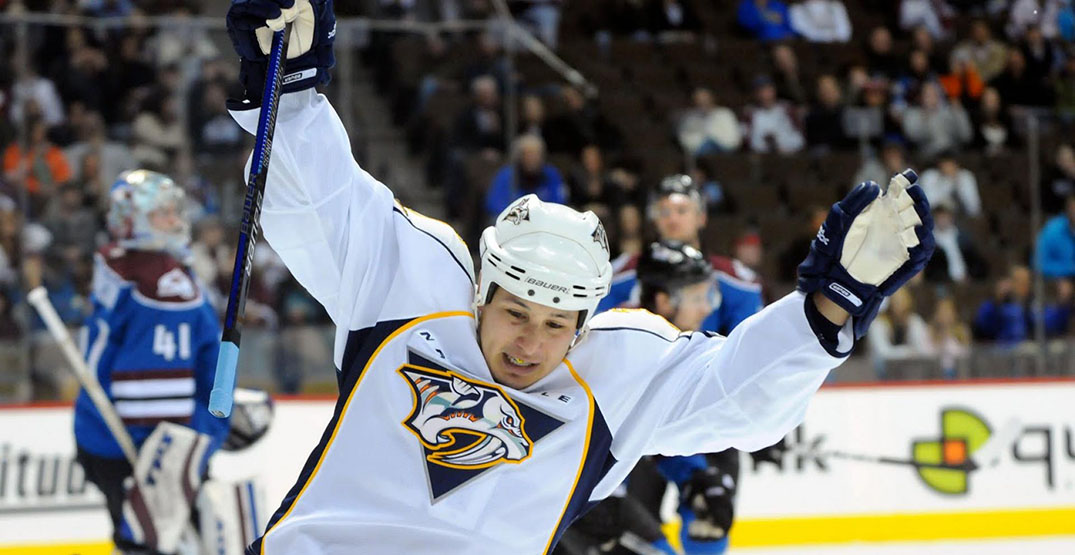 Jordin Tootoo was the first hockey player of Inuk descent to suit up in the NHL. (jordintootoo.com)

Former professional hockey player Jordin Tootoo says he doesn’t personally take issue with the Edmonton Eskimos’ name, but that doesn’t mean the team should keep it.

The Edmonton Eskimos are facing increasing pressure to change their name, which is widely considered racist after the Washington Redskins announced last week they’re looking at changing theirs.

Tootoo was the NHL’s first Inuk player, and he released a statement with his thoughts on the controversy on Wednesday.

He explained that he refers to himself as Inuk, as do most others in his generation. But his father’s generation “connects to this term to describe who they are. He would describe himself as Eskimo,” Tootoo said.

But Tootoo called on the Edmonton Eskimos to be more transparent about why they adopted the name and why they continue to keep it, despite calls to change it from many in the Inuit community including singer Tanya Tagaq and Nunavut MP Mumilaaq Qaqqaq.

“Was it racially charged, or, was it because of admiration for the ability of the Eskimos to thrive in cold climates, for their mental and physical toughness and for their resilience?”

In response to pressure, the team said they had done a survey and didn’t find consensus among the Inuk people they asked. Based on that, the team decided to keep the name.

“In closing, the name of the Edmonton Eskimos is not objectionable to me,” Tootoo said. “This does not mean they should keep the name. But, I think the discussion should be around how the Inuk people feel about it. Some might feel pride. Some might feel hurt.”