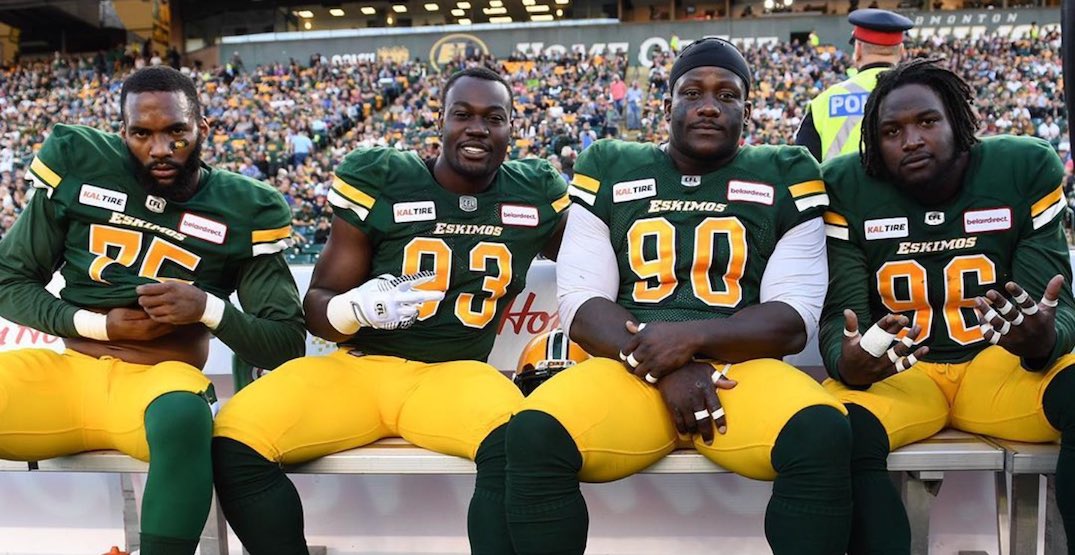 The Edmonton Eskimos are facing backlash on social media following a statement made by the team in response to racism, which included Inuk MP for Nunavut Mumilaaq Qaqqaq.

The CFL team posted a written statement to social media on Sunday, alluding to some of the anti-Black racism unfolding in the United States — although the team never used the term “racism,” or “Black” when making its statement.

“We seek to understand what it must feel like to live in fear going birding, jogging, or even relaxing in the comfort of your own home,” reads part of the statement.

After the team posted their statement, many people responded calling on them to change their name, which included Mumilaaq, an MP from Nunavut.

The injustices for individuals that are racialized is horrible. I stand with our black friends across the boarder. If you really “seek to understand” start by changing your team name. Stop feeding into stereotypes and offensive names. We are NOT a mascot. – Nunavut’s Inuk MP

Although the origin of the word is a matter of contention, “the use of this exonym (a name given to a group of people by another group) perpetuates harmful stereotypes of the Inuit as remote and politically insignificant, while also romanticizing the Arctic.”

Many others took to social media to echo MP Qaqqaq’s sentiments, with over 1,000 comments on the team’s post on Twitter.

In response to an inquiry from Daily Hive about the team’s name and the many calls to change it, a spokesperson for the team issued the following statement:

The Edmonton Eskimos have conducted an extensive engagement process with Canada’s Inuit community regarding our team name.  We announced the findings of that research several months ago. As previously announced we will continue to engage on this matter going forward.  As a team with a long history of community building we stand opposed to violence and are saddened by the events occurring across the United States.

The year-long research and engagement process referenced in the team’s statement involved “meetings with Inuit leaders and community leaders in Iqaluit, Inuvik, Yellowknife, and Ottawa; and a research phase with a combination of in-depth interviews with Inuit across the north and in Edmonton, and a telephone survey among a broad group of Inuit across Canada.”

According to the team, the result of the consultation process, which was published in February 2020, found that “the consistent feedback was a desire for more engagement with the Club. There were a range of views regarding the Club’s name but no consensus emerged to support a name change. The Club has therefore decided to retain its name.”

Future outreach through the team’s Northern Community Engagement Program is on hold, the team confirmed in a statement to Daily Hive.

“Presently, our Northern Community Engagement Program is paused due to the pandemic as we follow the guidance of public health officials and governments. We look forward to resuming when it is safe and appropriate to do so.”